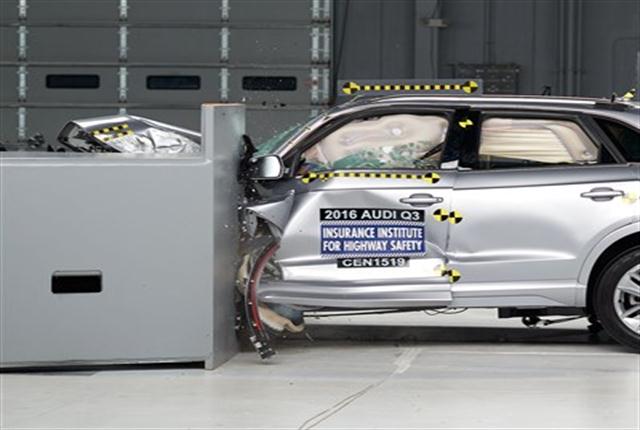 The Insurance Institute for Highway Safety has named the Audi Q3 SUV a Top Safety Pick.

The institute’s small overlap test is particularly demanding. (To view footage of the test, click on the photo or link below the headline.)

“The Q3’s structure held up well in the small overlap test, with maximum intrusion of 4 inches at the lower door-hinge pillar,” IIHS said. “The driver dummy’s movement was well-controlled. The dummy’s head hit the front airbag and remained in place until rebound.”

Additionally, the side curtain air bag deployed with enough coverage to protect the dummy’s head. “Measures taken from the dummy indicated a low risk of injuries in a crash of this severity,” IIHS said.

To qualify for the Top Safety Pick award, a vehicle must score a “good” or “acceptable” rating for small overlap protection and “good” ratings in the other four crashworthiness tests. Vehicles that also earn an “advanced” or “superior” rating for front crash protection qualify for Top Safety Pick+. But the Audi Q3 doesn’t have an available front crash prevention system, IIHS noted.