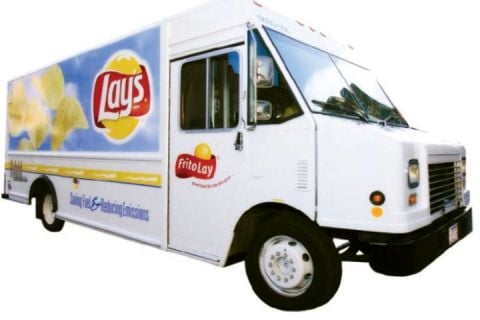 Greening the fleet is a growing trend not only for public sectors, but commercial fleets as well. The most commonly implemented corporate green fleet initiatives are adding hybrids to the vehicle selector and spec’ing flex-fuel vehicles. FF researched several fleets for an overview of ways to keep up with the greening frenzy.

With the largest private global alt-fuel fleet in the transportation industry, UPS operates a 1,629-vehicle fleet that includes CNG, LNG, propane, electric, and HEV units. The company launched an initiative to use biodiesel fuel in its ground support vehicles at the UPS Worldport air hub in Louisville, and will deploy CNG trucks this year in Dallas, Atlanta, and four California cities. The Northern California UPS branch has also leased a fleet of 42 ZAP Xebra electric cars and trucks for small parcel deliveries.

Over the past 15 years, PG&E’s clean-fuel fleet has displaced more than 2.7 million gallons of gasoline and diesel, and helped to avoid contributing 5,000 tons of carbon dioxide to the atmosphere. 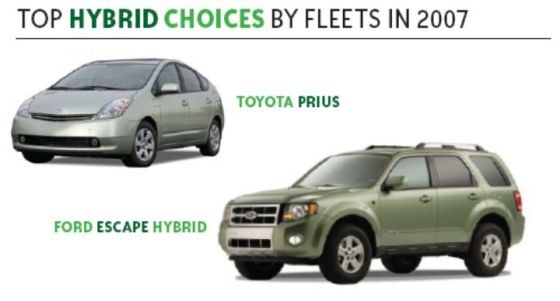 Bausch & Lomb, headquartered in Rochester, N.Y., has implemented a fleet management initiative to reduce greenhouse gas (GHG) emissions and cut overall fleet costs. The company began greening its 400-vehicle fleet in early 2007, deploying Chevrolet Impala, Toyota Uplander, and Express flex-fuel vehicles, which run on E-85, and Saturn VUE Hybrids. =In the 2007-MY, 12 Saturn VUE Hybrids were deployed in large cities as part of a pilot program.

Reuter said they will continue to purchase hybrids when available and where appropriate, but the lack of alt-fuel or hybrids that meet 85 percent of the fleet’s needs is a deterrent. "We are doing all we can to work with the existing 15 percent that have somewhat-similar vehicles available in alt-fuel," he added.

According to Exelon fleet manager Dan Gabel, "The decision to go hybrid was initially made in 2001 when we put 70 Escape Hybrids into service to support Exelon’s ‘green fleet’ strategy to reduce vehicle-related GHG emissions." All light-duty hybrids are Ford Escapes.

Secura Insurance selected the Ford Escape Hybrid. "Our fleet will eventually be Ford Escape Hybrid only, until a good mid-sized car comes on the scene," said Fleet Administrator Jean Ayotte. With a company whose president was named Wisconsin’s Environmentalist of the Year, it only makes sense that "management is committed to Secura being environmentally friendly."

Panda Restaurant Group, Inc. in Rosemead, Calif., started using Prius hybrids in 2006. The company has more than 100 of the Toyota Prius models wrapped in the distinctive Panda logo.

"Our company logo is wrapped around these vehicles. It sends off a positive message to the general public that we are a company that cares about the environment," said Gigi Cheung, director of compensation and benefits of Panda Restaurant Group. 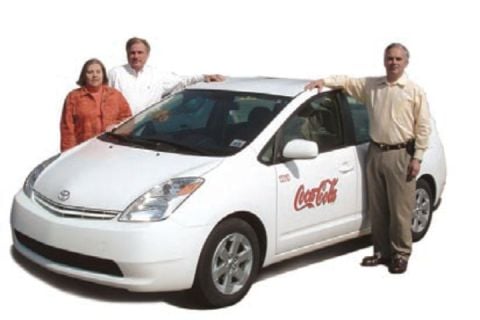 PepsiCo began using the Prius in 2005 to improve operating costs. In the next few years, the PepsiCo fleet is expected to include more than 1,500 hybrids. "Hybrid autos will continue to be a growing portion of our corporate sustainability strategy," said Pete Silva, director, fleet procurement.

Pushed to improve environmental performance by CEO Miles White, Abbott was the first Fortune 500 company to go carbon-neutral with its entire U.S. fleet of company vehicles. In its efforts to protect the planet’s health without increasing fleet costs or impacting driver satisfaction, the company adopted the PHH Arval GreenFleet program. In addition to a "hybrid fix," Abbott also eliminated the least fuel-efficient vehicles and added four "greener" models. The company even used a new "green-o-meter" to show each vehicle’s green rating. Abbott has documented a reduction of 4.3 percent in GHG and 4.1 percent in costs.

Bristol-Myers Squibb. With a corporate goal of cutting GHG emissions by 10 percent by the year 2010, Bristol-Myers Squibb (BMS) has been staying away from fuel-inefficient SUVs for the last 12 years in the U.S, replacing SUVs with all-wheel-drive Subaru Legacy sedans.

With a green fleet program initiative to reduce fuel consumption in the utilities fleet, FPL has led a group of 30 utilities across the country in developing a pilot hybrid truck program. The truck already exceeds the EPA’s 2010 diesel emissions standards. FPL hybrid trucks are engineered to use 30-55 percent less fuel than standard trucks. They also use a biodiesel fuel mix (80-percent diesel fuel mixed with 20-percent virgin soybean oil) to eliminate another 20 percent of the petroleum a conventional truck uses.

Toshiba America Medical Systems. Toshiba America Medical Systems (TAMS) in Tustin, Calif., is 100-percent certain hybrids are the preferred choice. The company’s entire fleet of 500 leased vehicles will be replaced with hybrids during the next three years. Toshiba Corp. has set a 2010 global goal of reducing its energy-originated CO2 emissions by 25 percent, as well as non-CO2 GHG emissions by 35 percent.

"By replacing our fleet with hybrid cars, we expect to reduce CO2 emissions from the vehicles by 25,000 lbs. and also save between $3,000-$4,000 in fuel during the lifecycle of each vehicle," said TAMS Manager of Fleet and Travel Administration, Jeff Berg.