When he accepted a cell phone from his employer in 2005, John Halpin never guessed that a perk would get him fired. But the global positioning system (GPS) in the veteran New York City school employee’s phone contradicted his time cards, showing that he left work early on a repeated basis. Last year, the Department of Education dismissed him, following an administrative law judge’s recommendation.

Halpin, a 21-year employee of the schools who oversaw the system’s carpenters, argued that his privacy was invaded because he didn’t realize the phone contained a GPS system. The judge was not sympathetic, even though that same GPS system showed Halpin often came to work hours early. The judge found that “The department [of Education] is not expected to notify its employees of all the methods it may possibly use to uncover their misconduct,” according to the New York Post. “The undisputed intent of issuing the cell phone with GPS was for the department to be able to determine the whereabouts of its supervisors in the field.”

Despite high-profile cases such as Halpin’s, employer use of GPS tracking is still rare, even as other types of employee monitoring are growing. While two-thirds of employers monitor their workers’ Internet activity, less than 10 percent use GPS systems on company vehicles, according to the “2007 Electronic Monitoring & Surveillance Survey,” conducted by the American Management Association (AMA) and The ePolicy Institute.

However, cases such as Halpin’s are becoming more common among employers that utilize surveillance methods. The survey found employers are taking more disciplinary actions against employees who flout company policy. More than 25 percent of these employers have fired workers for misusing e-mail, and nearly one-third has fired employees for misusing the Internet.

While drivers and other vehicle fleet workers may balk at the idea of being monitored, surveillance tools can offer many advantages to both employees and employers, such as reducing idle time, improving routing systems, and mitigating risk. At the same time, vehicle fleet managers who may want to consider the use of GPS systems should also be aware of legal restrictions and must be sensitive to employees’ concerns about surveillance. 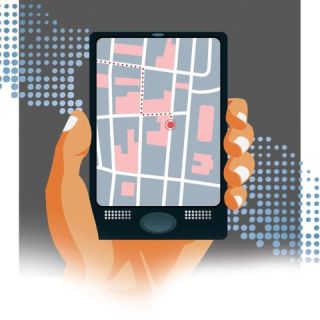 According to the AMA/ePolicy survey, Internet and e-mail monitoring are the most common types of employee surveillance tools — 66 percent of respondents monitor Internet connections, and 65 percent use software to block connections to certain Web sites, including those that contain pornographic material, social networking sites, and sports.

Nearly 45 percent of companies monitor their employees’ e-mail. Of those that do, 73 percent use technology tools that automatically check e-mail content, and 40 percent hire people to manually read employee e-mail. Another 45 percent monitor phone calls, and nearly half of respondents use video monitoring to counter theft, violence, and sabotage. Less than 10 percent of employers use video surveillance to track on-the-job performance, the survey found.

Beyond minimizing legal and security risks, the use of tracking devices in vehicles and cell phones offers concrete savings to employers. And employees — at least, the honest ones — can benefit from the use of GPS devices by increasing their efficiency and decreasing their downtime.

Beyond monitoring employees for misconduct, GPS devices can offer a solid return to the bottom line. For example, with a GPS device, dispatchers can give drivers very specific driving directions to a location, which saves time and gas. Such devices also come in handy when traffic conditions or road closings require drivers to find more direct routes around detours.

Companies can also become more efficient with vehicle routing through tracking technology. When dispatchers know where every car and truck is, they can dispatch the ones closest to a particular job.

Monitoring vehicle speed is another way that technology can save on gas expenses while improving safety. Drivers who consistently go faster than the speed limit use more gas and cause more wear and tear on vehicles. They also expose themselves and others to a greater risk of accidents. By tracking which drivers are exceeding the speed limit, companies can educate those drivers about the downsides of speeding, and discipline them as necessary.

Vehicle fleet managers can also improve efficiency by tracking and eliminating employees’ unauthorized breaks. If employees are making unauthorized personal use of vehicles, GPS tracking can strongly discourage that behavior. 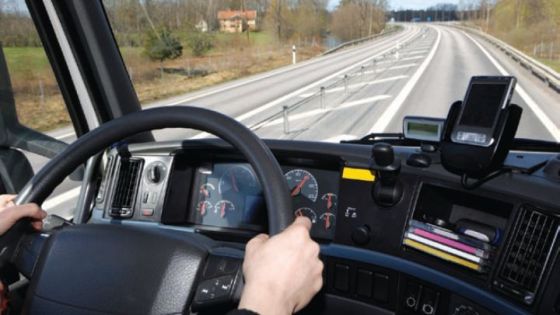 As the Halpin case proves, there are some instances employers can monitor employees without their consent. In many jurisdictions, the law still lags behind the technology, and there are some legal gray areas when it comes to monitoring employees.

In several states though, there is no gray — employee surveillance is illegal without employee consent. Currently, two states — Connecticut and Delaware — require employee notification if an employer is utilizing electronic surveillance. Connecticut, California, Rhode Island, and New York have laws on the books regarding an employer’s use of video surveillance. Generally, federal law allows employers to monitor work-related use of telephone, e-mail, and other communications. Some unions have also raised the issue of GPS and other types of employee monitoring in contract negotiations. It is a mandatory subject of bargaining where a collective bargaining agreement is in effect.

In any case, if a company is considering installing employee surveillance devices, it makes sense to check applicable laws to see what restrictions exist.

Even if the law allows employers to use surveillance methods without employees’ knowledge, it’s often wise to alert and educate employees about the fact that they may be monitored. The deterrent effect can help — employees will be less apt to take unauthorized breaks, leave work early, visit inappropriate Web sites, or otherwise engage in unacceptable behavior if they know such behavior could be, or is, tracked.

Surveillance technology also carries a sense of “Big Brother is watching” and can lead to ill will among employees, which may eventually take the form of potential legal claims. By creating reasonable policies and educating employees about them, employers can go a long way toward allaying employee concerns while enjoying the benefits of monitoring technology.

Employers should develop specific and explicit policies on employee monitoring, whether it involves e-mail, cell phone use, or GPS tracking. The policy should remind employees that company vehicles, computers, and any company-issued communication devices belong to the employer and are to be used for work-related purposes. Companies should also make it clear they reserve the right to track employees.

It may also be wise to spell out what is acceptable personal use of company equipment, and draw a clear line regarding what is inappropriate. It is generally not realistic, and may be legally unenforceable, to prohibit all personal use of phones, the Internet, and the like during work hours. Even if employees may not legally be entitled to a reasonable expectation of privacy while driving company cars on company business, strict, inflexible policies are likely to have an alienating effect.

Once a company has developed a policy, educating employees about the policy and the reasons for surveillance technology is the next step. If drivers and other employees understand why monitoring devices are being used, they are more likely to accept them. Education on the topic should be ongoing, according to the AMA.

“Most employees receive policies regarding use of office business tools and privacy issues on the first day of employment, but too often they don’t read them. Employers need to do more than hand over a written policy,” said Manny Avramidis, senior vice president of global human resources for AMA, in a statement. “They should educate employees on company expectations and offer training on an annual basis.”

Companies should also consider having employees sign a consent form when they are first hired or when a monitoring program takes effect. This protects companies in case an employee threatens legal action over invasion of privacy or some other matter related to monitoring.

Employee monitoring will definitely become even more common as technology improves and costs for surveillance continue to decrease. Those who oversee vehicle fleets should certainly consider the advantages they could reap from surveillance technology in company computers and GPS systems in cars, trucks, and cell phones. At the same time, employers should bear in mind that the law is evolving, and it makes sense to research what is legal in each state.