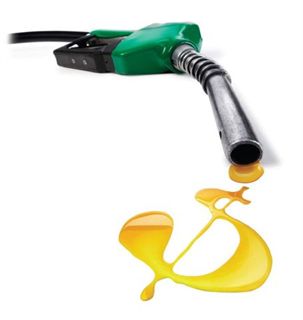 Even industry veterans who lived through the oil shocks of the 1970s will admit they've never seen today's steady increases in fuel prices. In July, oil soared to a peak of $147 per barrel, and gasoline prices average more than $4 per gallon at the pump (diesel has actually increased above that price).

With fuel budgets already exceeded, fleet managers are scrambling to find ways to minimize the damage. A good fleet manager can take several actions to minimize ballooning fuel costs and even reduce them. There is no "magic bullet." It takes time and hard work, but the rewards can be substantial.

Although it seems, as Yogi Berra once said, "Déjà vu all over again," there is a distinct difference between the "oil shocks" of the '70s and early '80s, and what is happening today. Those around back then recall the "No Gas Today" signs, odd/even license plate rationing, and block-long lines at the pump. Put simply, those price spikes were supply-driven. Oil supplies were insufficient for refined products such as gasoline and diesel due to the Arab oil embargoes.

A lack of supply leads inexorably to increases in price. However, today, there is fuel for everyone. But demand over the past several years has skyrocketed, not only due to domestic economic activity, but also driven largely in part by the booming economies of China and India. Combined with market speculation that wasn't possible 28 years ago, oil prices at the well have soared.

Background is an important part of understanding problems and developing solutions, but there isn't much fleet managers can do about economic activity in China. They see fuel expense rising, both in total dollars as well as cost per mile, and management wants something done about it. Fortunately, fleet managers have at their disposal far more sophisticated tools to use in negotiation, data capture, and data mining than their '70s predecessors, and there is a great deal they can do.

As with every other category of fleet cost, fuel cannot be controlled unless it can be measured. Tracking fuel expense begins with data to a greater extent than any other expense. Fuel transactions throw off a great deal of data, and nearly all of it can be mined for savings. The data can be categorized in three levels:

Each of these data categories tells a story in which fleet managers can find savings.

All these methods enable the driver to buy fuel when needed; however, the first two won't help the fleet manager. Neither offers the Level III data needed to most effectively control fuel costs.

Fleet costs, in general, are tracked and measured in cost/use ratios. For fuel, measuring either cents per mile or miles per gallon — unless mileage is captured — is not possible. Credit cards do not capture mileage, nor do cash transactions (or only to the extent the driver enters beginning and ending odometer readings on an expense report). Further, they do not capture other key data, such as cost per gallon, number of gallons, fuel type and grade, and more.

It thus appears the use of either an oil company fleet card or a universal fleet fuel card is the best method to capture the Level III data a fleet manager needs to first measure and then control fleet fuel costs.

What are the Next Steps?

Once a fueling method that provides Level III data is in place, the fleet manager can begin with fuel prices. Back in the '70s, it was nearly impossible to either negotiate fuel costs (at the pump or overall spend) or find low-cost providers for a fleet spread over a broad geographic area. Today, a number of tools are available, resulting from technology current fleet managers' predecessors could not imagine.

When there are branches or other hierarchical units that operate groups of vehicles, local fuel merchants, or even franchises or licensees with multiple locations, may negotiate price deductions. With a commitment to fuel 10 or 20 vehicles at these merchants, some discount off pump price might be had. While this discounting was true years ago, the difficulty was in purchasing and billing the discount. In one location, one oil company may agree to the discount, while other locations might offer deals with other fuel companies.

Today's fleet fuel card programs can help solve this problem; once a discount is negotiated, the fuel program provider is notified, confirms the discount with the merchant, and bills the customer net of the negotiated discount.

Negotiating with oil companies nationally is more difficult. Even a huge fleet with millions or tens of millions of dollars in annual fuel spend does not have much leverage with a major oil company whose revenues number in the hundreds of billions. But sometimes, the oil company can be approached, and if the volume is large enough, it will agree to a discount on any incremental increase over the prior period's spend. Again, a fleet fuel card provider can confirm that discount and bill it net.

Finally, fuel card providers may agree to a "revenue-sharing" agreement, whereby they rebate to the company some percentage of the total annual fuel spend. Sometimes even lessor cobranded cards agree to this, albeit on a smaller scale than a direct program might provide.

All these arrangements were possible in the past; however, today's technology to track and bill such negotiated discounts make them plausible.

Negotiating discounts and rebates, while a useful part of an overall fuel expense control plan, is only the beginning. Keeping in mind the difference between cost and expense, Level III data offers the greatest potential for cost reduction.

In the fuel business, "slippage" refers to purchases contained under the heading of fuel that are either non-fuel or non-business related fuel. Slippage encompasses any number of transactions: some fuel, some non-fuel, the wrong kind of fuel, fuel for vehicles other than company vehicles, or fuel for a company vehicle for which the company shouldn't be paying. The data also contains date/time information for such transactions. In total, substantial savings can be realized.

Regular unleaded and premium unleaded gasoline can differ by as much as 20 cents per gallon. If only 10 percent of fuel purchases (a conservative assumption) are premium fuel rather than regular unleaded, the savings can approach $12,000 annually.

Next, there is the full versus self- service issue. Assuming only a 10 cent-per-gallon difference between full  and self-service, and that 10 percent of total gallons are full service, cutting full-service transactions amounts to another $6,000 in savings, for a total of $18,000. This approach attacks pump prices, not by negotiating with suppliers, but by tracking service and fuel grade.

When drivers use non-fleet credit or cash to purchase fuel, nothing in the data indicates whether the purchase is actually fuel, let alone what grade or type of service. Often, drivers fuel at convenience store locations, which sell everything from lottery tickets and cigarettes to food and auto accessories. Not having Level III data to review, it is easy for drivers to take advantage — the so-called "smokes and Cokes" factor.

Using a fleet fuel card designated "fuel-only" is a simple solution to this issue. Purchases of non-fuel items are blocked. In some cases, however, fleets allow drivers to purchase accessories, such as oil, washer fluid, wiper blades, etc. Transaction data can indicate what part of a transaction is fuel and what is non-fuel. Again, if only 2 percent of a $2.5 million annual spend represents unauthorized non-fuel purchases, a whopping $50,000 can be saved each year.

In addition to "fuel-only" control, fleet fuel cards permit limits on transactions and dollar spend. Limiting the daily use of a card to two swipes or monthly use of 20 swipes helps control unauthorized use. Drivers tempted to use a company fuel card to fill up a personal vehicle may be dissuaded if they know their use is so limited. Limits can be estimated based upon past mileage, fuel efficiency, and territory.

Fleet cards also allow setting a number of other exception parameters and controls, including:

Tank capacity. The card can indicate a particular fuel tank capacity. Any transaction for an amount in excess of that capacity is flagged as an exception.

Date/time. Some companies limit vehicle usage to certain days, for example, weekdays only or time of day. Fuel purchases in violation of fleet policy can be noted and prevented.

These and other controls and exception parameters can help keep fuel costs under control.

Beyond these tools, specific to a fleet card program, old-fashioned fleet expense tracking and benchmarking can also help in vehicle selection.

Fraud and serious abuse can add, for short periods, thousands to fleet fuel expense. Fortunately, card providers of all types track transaction velocity and deviations from use patterns.

Most importantly, however, is driver behavior. Recent studies have shown the single-most effective way of controlling, even reducing, fuel costs is driver behavior, up to 37 percent, according to www.Edmunds.com's analysis:

Alternative-powered vehicles, such as hybrids, are excellent options when they fit the mission, are economically feasible, and when usage triggers hybrid operation consistently.

Hybrids cost more than equivalent gasoline-powered vehicles; however, manufacturer and tax incentives  can level the financial playing field. Keep in mind, production and fleet allocation may be restricted, and repair and service to hybrid drive components may be limited to dealerships.

Though it is tempting to look for a "magic bullet" when confronted by soaring fuel costs, there is none. Careful analysis and hard work — in other words, good fleet management — can reap substantial rewards.