As commercial work truck sales seem poised to increase in 2010 over a dismal 2009, Hino Trucks finds itself well-positioned to expand its market share in the vocational fleet market.

Hino has developed a variety of trucks with vocational bodies and equipment. The expanding vocational breadth of Hino trucks now includes snow plow, utility, delivery, and shuttle and ambulance applications. Hino is aggressively marketing to an expanded vocational marketplace. Hino increased its market share in Class 6 trucks to 15% - up from 5% in 2005 - to become the number three market share provider in the class. Its combined market share for Class 6 and 7 is 10%0, according to the company.

The 338 truck can be derated to 26,000 lbs. for operation by non-CDL drivers. The 338CT is a short-wheelbase 338 truck fitted with a fifth wheel, tractor-supply air valve, and other equipment by Fontaine Modification, which opened a dedicated center near Hino's assembly plant in Williamstown, W. Va. Hino Trucks has a network of 182 dealers.

However, the emissions control system required to meet the new EPA diesel emission standards is expensive. Hino implemented an emissions surcharge of $6,700 per vehicle.

"SCR is an exhaust aftertreatment technology that reduces NOx significantly from the exhaust by injecting a precise amount of diesel exhaust fluid (DEF) downstream of the engine," said George Daniels, vice president, service operations for Hino.

"It allows the engine to operate at max performance level, without the additional engine stress needed to control NOx with EGR [exhaust gas recirculation] alone."

The infrastructure to efficiently distribute DEF in the U.S. is rapidly being established. DEF will be available through all 182 Hino dealers. In addition, a coalition of industries, including truck manufacturers, truck stops, retail fueling stations, fuel distributors, and DEF producers, are establishing bulk DEF filling stations across North America.

"DEF will be readily available for our customers," said Ellis, "Because most medium-duty trucks come back to a single domicile every night, we do not see the availability or maintaining the appropriate level of DEF in the trucks to be an issue."

Hino Trucks created a Web microsite (www.hinoscr.com) to provide answers to the most frequently asked questions about SCR and DEF.

Engine compartment upgrades for Hino's 2011-models include a 130A alternator, more efficient turbo with an 11 curved vane design, and an improved combustion chamber design. Other redesigns include the fuel filter, now under the hood, and a more efficient single EGR cooler.

In terms of ergonomics, driver seat comfort was improved with an added armrest and enhanced seat cushion contour.

New optional features for 2011-MY include Allison 2500 Rugged Duty Service (RDS) with Shift Energy Management (SEM) for 338 models. Also, fleets can order, as an option, a 14,000-lb. front axle for the 338 model. Other optional features include a 4,500-lb. auxiliary rubber suspension spring, remote keyless entry, and power-heated driver and passenger side mirrors.

Toward the end of the 2011 calendar-year, Hino will introduce its third-generation proprietary diesel-electric hybrid system in a newly designed 2012 model-year Class 4 and Class 5 COE, specifically designed to meet the needs of the U.S. market. The engine will be the JO5E four-cylinder with more than 200 hp mated to a 6-speed automatic transmission. The diesel-electric hybrid version will be available in the following GVWR: 14,050 lbs., 14,500 lbs., 17,950 lbs., and 19,500 lbs. The hybrid's electric propulsion system will be powered by a nickel-metal hydride battery.

In 2009, Hino Trucks celebrated its 25th anniversary in the United States. Hino entered the U.S. market with a COE medium-duty truck in 1984, evolving to the current conventional trucks first introduced in the U.S. in 2004.

Established nearly 100 years ago in Japan and now majority-owned by Toyota, Hino is the world's third-largest manufacturer of light- and medium-duty trucks. The company traces its roots to the founding of Tokyo Gas Industry Company in 1910. It produced its first motor vehicle in 1917, the Model TGE "A-Type" truck. 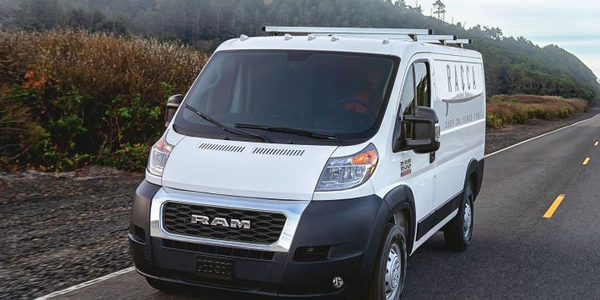