Hyundai Motor America (HMA) has made a high-level corporate decision to actively pursue commercial fleet opportunities to increase exposure to Hyundai products.  Headquartered in Fountain Valley, Calif., HMA is a subsidiary of Hyundai Motor Company of Korea. Hyundai vehicles are distributed in the U.S. by HMA and are sold and serviced by over 800 dealerships throughout the nation.

Previously, Pipenhagen was employed at Toyota Financial Services (TFS) in the Commercial Finance Division. Prior to TFS, Pipenhagen held various sales and sales management positions at both PHH Corp. and LeasePlan USA.

AF interviewed Pipenhagen to learn more about Hyundai's plans and objectives in the commercial fleet market. 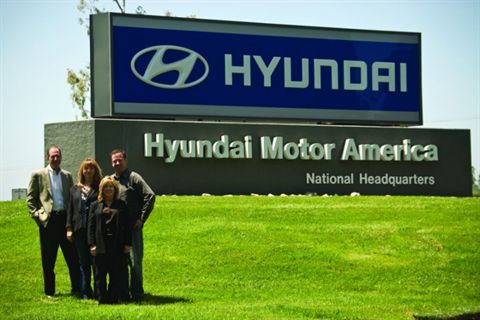 AF: Why did Hyundai decide to enter the commercial fleet market?

PIPENHAGEN: Hyundai Motor America views commercial fleet as a viable avenue to further expand our reach into the U.S. market. Corporations are very image-conscious and if they choose Hyundai vehicles to be part of their company fleet, we are provided further confirmation that we are doing all the right things pertaining to product acceptability.

AF:  How does the Hyundai fleet ordering system work?

PIPENHAGEN: Right now, commercial fleet is a relatively new endeavor for Hyundai so current functionality is mostly manual. That being said, we have an extremely seasoned operations staff so they can support whatever comes our way.  Hyundai has a 20-year track record serving the rental fleet market. There are numerous efficiencies built into our planning.

AF: What will be the average order-to-delivery time for commercial fleet orders?

PIPENHAGEN: The plant in Alabama will afford standard 4-8 week delivery times, while vehicles sourced from Korea usually take about three months. Fortunately, much of what is piquing traditional fleets' interest is resident at the various ports and can be available rather quickly. 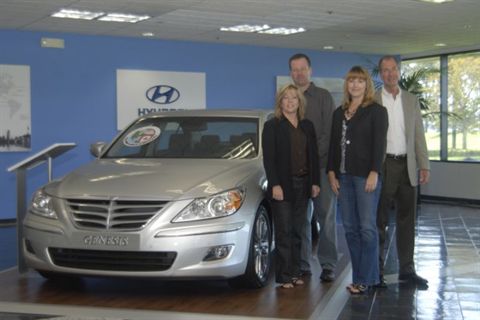 PIPENHAGEN: One is in the throes of being developed now.

AF: What steps has Hyundai taken to make its dealers more fleet-minded?

PIPENHAGEN: Many are multi-franchise operators and already have a fleet acumen; therefore, not a lot of challenges should arise with that type of infrastructure.

PIPENHAGEN: Yes, the retail warranty is available to all commercial fleet customers, but it is not transferable.

AF: What are the projected 36-month residual values for Hyundai models targeted for commercial fleet sales?

PIPENHAGEN: Depreciation should remain very low with the current lineup of model series, and the future looks even more encouraging as new products evolve. Hyundai is a solid player when a fleet manager is zeroed-in on total lifecycle cost.

AF: Does Hyundai have plans to increase the number of models built in the U.S. at its Georgia and Alabama assembly plants?

PIPENHAGEN: We currently produce Elantra, Sonata, and Santa Fe in the U.S.  These vehicles represent 70 percent of our total sales volume. At this time, we have no plans to further expand U.S. production.

AF: Can you provide us a glimpse of future Hyundai models that will be sold in the U.S.?

PIPENHAGEN: I spent time at the world headquarters in Seoul in June and was able to tour the design center, manufacturing plant, and steel plant. The plants were impressive; there was high energy, and they had a high-tech focus.

I can tell you the 2011 Elantra will be arriving approximately in December and it will be a show-stopper. Sonata will have a very ambitiously and competitively priced hybrid in November, along with a 258 horsepower four-cylinder turbo due about the same time. Our luxury vehicle, the Equus, which has been in the Korean marketplace for quite some time, will debut in October in the U.S. It will be available in a four- and five-passenger version and it will be priced very competitively.

These are exciting times at HMA and the future looks remarkably promising.