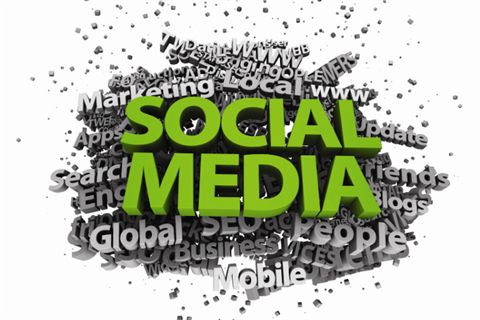 Do you use Facebook? If you are over 40, the answer is maybe. If you are under 40, the answer is almost certainly yes. Did you know Facebook was developed by a Harvard college student who wanted to create a Web site where people could rate how attractive other Harvard students were? Half a billion dollars in venture capital later, it is the cornerstone of what has become known as social networking.

Whether you are into social networking or not, there is no denying its popularity. As of August 2010, Facebook had more than 500 million active users (up from "only" 200 million in February 2010). In addition, according to Gigatweet, Twitter users are posting 70 million "tweets" a day! More and more companies are turning to social networking sites as a new means of advertising products and services, especially to those tough-to-reach young people.

However, while social networking sites offer companies the means to communicate directly with hundreds of millions of people, they also offer individuals the same power. Combined with the higher degree of anonymity available to people operating on the Internet, individuals have an enormous ability to affect the fortunes and reputations of companies.

The single greatest threat of social networking sites is the ability to quickly disseminate destructive information about a company to a huge number of people. It is easy to see how this could come from either employees, such as drivers, or customers.

The most famous example is a now infamous video made by two former Domino's Pizza employees. The employees took a video camera into their store kitchen and filmed themselves performing disgusting and unsanitary acts to food products which were then sold to actual customers. The video went "viral" overnight and was viewed hundreds of millions of times.

Domino's corporate executives later conservatively estimated the video cost them 1-2 percent of their yearly sales - about $37 million dollars - all from two reckless employees who gained nothing other than brief notoriety.

For many companies, this type of risk is not only from employees, but clients as well. Consider the recent example of Southwest Airlines and film director Kevin Smith.

Southwest removed Smith from a flight due to the airlines' claim he was too large to fit in one seat. Smith tweeted about the issue relentlessly to his more than 1.5 million twitter followers, causing Southwest embarrassment, time, and potentially millions in revenue.

Such incidents are certainly among the most worrying risks of social networking sites, but they are by no means the only ones.

Are You a Fan?

The term "social networking" is itself misleading. Businesses have increasingly turned social networking sites into another medium of advertising space. These days, a new movie not only has a Web site, but it absolutely must have a Facebook page and Twitter feed. And just as businesses have begun to blur the lines between business and personal for this new media, employees have begun to do the same.

Of course, companies should ensure all advertising meets appropriate standards, such as clarity and truthfulness. Unlike traditional advertising, social media facilitates a different type of misleading advertising: the ability to hide where a comment came from.

Companies should avoid creating posts, fan pages, or online presence a reasonable person might infer is from a client. It is crucial employees do not pretend to be otherwise.

As if the risks of social networking sites weren't great enough, they pose a unique problem for employers. One of the biggest challenges for employers in the early days of the Internet - and still today - was the "slacker factor." Employees could surf the Web for hours - time not productively spent for the company. Recent developments in Internet monitoring and Web site blocking software have greatly reduced this problem for employers.

Social networking sites are different; risks posed can occur while an employee is "off the clock." Staff can easily post disparaging comments about their company from the comfort of their living room or their cubicle.

Such vulnerabilities make an outright ban on employee use of social networking sites impractical. Supervisors and employers must focus their efforts not on controlling access to these sites, but controlling the messages put out on them by their employees - and non-employees.

Furthermore, the physical act of social media may cause dangerous situations. Many people now text while they drive. While it seems patently foolish to check one's Twitter feed while driving, it certainly happens every day.

The policy does two things. First, it tells employees you know all about Facebook, LinkedIn, Twitter, My-
Space, etc., and you take what happens on such sites seriously. Second, it gives employees guidance on what is expected.

It's unrealistic to tell employees never to post anything about the company on their sites. Work is a huge part of life and it's only natural employees will want to talk about things that go on in the office, along with many other items of interest. This has been going on for years during the lunch hour and around the water cooler. Only now, it's posted electronically where millions of people can read it.

Don't access while driving. Perhaps the single biggest risk for fleet managers is the temptation for drivers to use Facebook or Twitter - or just send e-mails or texts - from a mobile device while driving. While some states are starting to outlaw the practice, a good policy makes it crystal clear using mobile devices while driving is against policy.

Don't speak negatively about the company. Start by reminding employees you are paying attention to what gets posted on social networking sites. That alone will deter many employees from making irresponsible comments. Give guidelines on the types of comments that are prohibited, such as not disparaging the company or the boss. Don't reveal intimate details of the new advertising campaign or the world-beating new product the company is about to release.

The Internet is forever. Remind employees what they post on the Internet can last forever. Whatever they write may be available to view for all time. Not only may it always be viewable, everyone would also know who posted it. Even on sites where it appears a person may post anonymously, their IP address is tracked by the Internet service provider, which is discoverable if someone is determined enough.

Designate a social networking team. Companies should also consider putting together a "social media team." One of the truest lessons of the information age is the way in which information is transmitted changes quickly, while the response of legal and regulatory institutions is slow. A designated team can monitor changes in technology, stay on top of the latest sites, and advise management of new developments. A good team should include representatives of the IT department, human resources, the legal department, and a few tech-savvy employees. This group should meet on a regular basis.

Another key role for the social media team should be to monitor the company's reputation on the Web. Setting up a "Google alert," for example, will help alert the company early on when something is being said about it. Team members should also conduct regular checks of popular social media sites for any mention of the company. Who knows, you might even find something positive being said you may want to publish to a wider audience.

Ensure the company has an online presence. One of the first things Domino's did when its employees released that video was release a response on its own sites. Southwest did the same thing - on its blog. These responses allowed the companies to get messages out there early in the news cycle.

A well-designed social networking site can also serve as an excellent recruiting or marketing tool. If the company needs to get a message out announcing a temporary facility closure due to inclement weather, posting the message on a company Facebook page or Twitter feed will reach many individuals.

Prior to launching a site, consider what peers are doing and how to develop a site that is helpful, but not intrusive. Social networking sites are generally free, but someone tech savvy should be specifically designated to oversee the site on a regular basis. A badly managed presence may be worse than none at all.

The only thing Web 2.0 really means is that there is going to be a Web 3.0. And no one really knows what that will be either. As the ability to transmit information becomes faster and more personal, companies must develop flexibility to respond to both the challenges and opportunities of information technology. A company prepared for today is outdated tomorrow. n

Richard D. Alaniz is senior partner at Alaniz and Schraeder, a national labor and employment firm based in Houston. He can be reached at ralaniz@alaniz-schraeder.com.