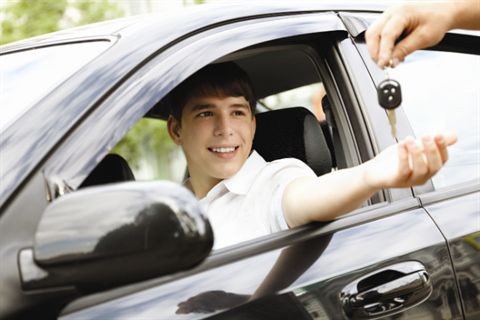 Anticipating "what-if" scenarios can be a futile, exasperating exercise in the pursuit to protect a company from employee driver-caused liability. "Hidden" liability - unique risk management situations - are too numerous to contemplate or envision.

For example, how many fleet managers would consider the following scenario when developing personal use policies?

A licensed teenage child is allowed personal use of an employee's company vehicle. The teenager is at a party drinking and, realizing he is unable to drive, gives the keys to a friend to drive home. The friend gets in an accident on that drive.

Is the company liable for damages or injuries, based on issues of negligent entrustment?

Most likely, the company indeed would be held liable to some degree in this case, according to Jeff Fender, director of sales and marketing for Fleet Response, a fleet management company headquartered in Cleveland.

"Insurance follows the vehicle," Fender noted. "Once you provide that company vehicle, you are responsible for the driver."

That the friend is an unauthorized driver, a violation of company policy, may mitigate some liability, but not completely, said Fender.

While he has not encountered this scenario, Fender has experienced cases in which accidents occurred while an employee allowed a girlfriend or boyfriend to drive a company vehicle.

In truth, said Fender, there is "no magic bullet" to protect a company against all potential risk involving employees who drive on company business.

"When a company allows another driver, they bring exposure to the forefront," noted Fender. "Most company policies prohibit anyone under 21 from driving the company vehicle. That's the route I would take. If management wants to allow children, they should be over 21 and subject to all the risk checks as the employee," MVR reports, etc.

Driver policy details vehicle use, "what the employee can and cannot do with the vehicle," and the consequences of noncompliance, said Iannuzzi.

To avoid scenarios such as the hypothetical case of the teenager turning over the company car keys to a friend, Iannuzzi advocates implementing a policy decision.

"Fleet managers are rarely the ones handing out keys to company cars, and sometimes they don't even know who is driving a fleet vehicle until an accident is reported," Shadley explained. "For example, a supervisor might ask a clerk to run to the office supply store for a printer ink cartridge and simply gives the clerk - an unauthorized driver - keys to her company car."

Detailed fleet policy that clearly defines authorized drivers, spells out noncompliance consequences, and is communicated to all company drivers can help deflect unauthorized use and avoid or mitigate liability in risk-prone situations.

"At the heart of the matter, if someone gets injured in an accident and the case goes to court with a jury who feels sorry for the victim, the consequences can be tremendous, even when the company is backed with policies and rules and the driver has blatantly violated those stated policies," said Shadley.

Latent Liability Extends Beyond Authorized Use

"Maintenance would be an issue, if a vehicle had worn brakes or tires and could contribute to the cause of the accident," said Fender.

Shadley cited the case of a company president who did not authorize brake repairs for a dump truck later involved in a serious crash. The executive served prison time for negligence.

"The definition of negligence is failure to react to a known danger," said Shadley. "Not replacing tires in a timely manner, for instance, presents risk. Traction is lost and could be cited as a factor in an accident."

Economic pressures, particularly those in the last few years, may lead companies to take measures that can present liability risks.

For example, to save costs, many companies downsized fleet vehicles, switching to smaller vehicles with today's more powerful engines. However, if the vehicle loads remain the same, this practice can lead to overloading and pressing vehicles into service beyond their capabilities, said Shadley.

"Some companies will simply beef up the vehicle suspensions, but as a result, the brakes on the car or truck, designed and engineered to handle a certain load" are compromised, he explained. If a crash results, the company is at risk for costly lawsuits.

Workforce reduction, another consequence of difficult economic times, can present potential liability when remaining sales, service, or delivery employees must cover the workload.

"If a company reduces its workforce - say a sales force - the remaining sales staff must cover larger territories, driving more hours in the day," Shadley noted. Greater workloads can lead to fatigued drivers or those who speed to complete the day's appointments.

"Drivers may not complain about the additional workload for fear of losing their jobs," said Shadley. "That would be a plaintiff attorney's dream - to show a company ignored a driver's complaint and then, consequently or not, an accident happens."

Still another target for cost reduction during budget-slashing conditions is the company's driver safety program.

"These are times when the company may skimp in areas that might pose risk - cutting back on training budgets, maybe not being as vigilant in training for drowsy driving hazards or the new type of vehicle an employee might now drive. Accident investigations and reviews might also be shortchanged," Shadley pointed out.

Fender of Fleet Response cited the potential liability that arises when fleet policy does not cover phone use while driving. Government and safety institution research provides ample evidence on the dangers of using a cell phone or texting while driving. A driver involved in an accident while talking on the phone, text-messaging, checking e-mails, etc., puts a company at risk, especially in the 30 states that prohibit some type of cell phone use or texting use while driving.

Company drivers who request exceptions to the approved company vehicle selector introduce a fleet management dilemma, and one that could lead to possible risk exposure, Shadley noted.

Describing a common scenario, he said, "When a driver says he or she needs a particular upgrade because of a bad back, the fleet manager must decide, 'Do I allow the request or ignore it? If I allow it, others drivers find out about the 'available' upgrade and now they suddenly 'need' it. Who do you make an exception for?' "

Issues of risk can arise when an exception is not granted and later the driver is involved in a crash. The driver could plead the company dismissed the exception request, and his or her back problems were a contributing factor in the crash.

"Another scenario when back problems are simply dismissed can occur, for instance, when a driver rear-ends someone and wants to avoid getting into trouble," said Shadley. "The driver complains, 'My back was hurting and my leg was numb so I couldn't brake fast enough. I had asked for a better-suited company vehicle, and the company wouldn't give me one.' How could anyone prove the crash was or wasn't the result of back trouble exacerbated by the car?"

The scope of corporate liability presented by providing employees company vehicles may prompt a move to reimbursement. However, reimbursing employees who drive on company business does not shield the company.

"It's a mistake to think a company's liability is eliminated or even reduced when employees drive personal vehicles on company business," Shadley said. "The legal doctrines of 'Respondeat Superior', negligent hiring, retention, and/or entrustment, are all legal doctrines that basically state the employer is responsible for the employee's actions when conducting the employer's business, regardless of whose vehicle is being driven."

As Fender at Fleet Response noted, complete protection against all liability presented by the need for company drivers is not possible.

However, some degree of corporate protection against liability can be found in proactive and consistent fleet policies and safety measures.

"Companies can reduce liability by showing they have been reasonably proactive in providing safety measures to protect the public and their drivers," said Shadley.

These proactive steps include:

■ Vehicles right-sized for the application.

■ Written and communicated policies regarding vehicle operation, personal use, and safety.

Fender advises "minimizing the number of people authorized to drive a company vehicle."

In addition, "making sure vehicles are always in safe operating condition and are well maintained," is a valuable precaution, noted ARI's Iannuzzi.

However, well-written and communicated fleet policies offer little protection if they are not enforced.

For example, said Shadley, "if personal use is denied, but not enforced, plaintiffs' lawyers will look at the policy and ask, 'But what did you do to make sure it actually happened?' "

In helping pinpoint areas of hidden liability and implementing measures to protect the company, fleet managers have an opportunity to prove or boost their value.

"Fleet managers are uniquely qualified to use their expertise by reducing liability and improving safety records," Shadley noted. "If HR or the risk department does not often get involved with fleet, they leave it to the fleet manager to bring up the issues, create policy, enforce it, and take proactive steps."

Fleet managers can be critical agents in improving corporate safety records, leading to reduced insurance premiums or, in the case of self-insured companies, keeping accident costs off the bottom line," Shadley concluded.