The 1980s were a series of tumultuous years for fleet management, both inside and outside. In the early years, and midway through the decade, the advent of “Total Fleet Management” was born and marketed.

Interestingly, GELCO (a lessor owned by the Grossman family in Minneapolis, and later sold to GECFS), was actually convincing corporate accounts about outsourcing fleet administrative services, but also establishing the need for fleet managers internally to mesh with their services.

One of the first examples was installing Pierce Walsh (who had been selling Buicks at a dealership in Chicago to fleets) as a full-time fleet manager at IC Industries, but on GELCO’s payroll. The wisdom was that a responsible professional was necessary to coordinate with the outside services. IC also saw the wisdom and hired Walsh a year later.

In 1986, the industry news shocker was Eastman Kodak’s decision to totally outsource its large fleet. Equally stunning was learning that Susan Richard, the fleet manager for The Greyhound Corp. in Phoenix (later known as The Dial Corp.), was also terminated in 1989 when total outsourcing took place.

Similar events were happening more frequently, but Richard was a well-known and a well-liked professional. The dismissals were occurring so often that all commercial fleet managers were feeling insecurity.

This led to a NAFA Fleet Management Association conference panel I remember quite vividly at the 1990 meeting. It was an SRO crowd with tensions high and FMCs basically exhorting support for the retention of the fleet manager position. In reality, the dichotomy existed and few fleet managers felt their future secure.

Eventually, corporate management learned the costly mistake of not having a professional working internally. Ironically, it was Pierce Walsh chosen to reinstitute the fleet function at Greyhound/Dial, where the original firestorm centered.

The tsunami of fleet manager dismissals waned and the industry is now back to recognizing the true value of the fleet manager. Losing the many administrative duties and accessing the economics of FMC software are efficiencies benefiting both groups.

Oh, we’ll still have the occasional job loss (at least temporarily), but executive management comes in all flavors. The different evaluation of the fleet manager is also judged similarly to the same short-sighted attractiveness of vehicle reimbursement versus ownership. We all must be prepared to defend what’s best for the company.

We’ll always have a fleet manager (my prediction), because there’s no substitute for someone who’s intimate with the firm’s culture, the complaints of the drivers, the rulings out of HR, the nuances of the VP of sales on the field force, or from the CFO’s particular budget cut suggested.

Fortunately, the OEMs continue to sell “direct” to the fleet buyer, so you have the key influence in vehicle selection and negotiating. Similarly, you have an influence on selecting your outsourcers. These remain your greatest assets.

As a fleet manager, you have key responsibilities and opportunities that no one can really duplicate. If you have the knowledge, talent, and desire, you surely will have tenure.

I’ve got your back (your six)!

Four Nominated for 2019 Fleet Executive of the Year

Factors to Consider When Researching a Fleet Management Partner 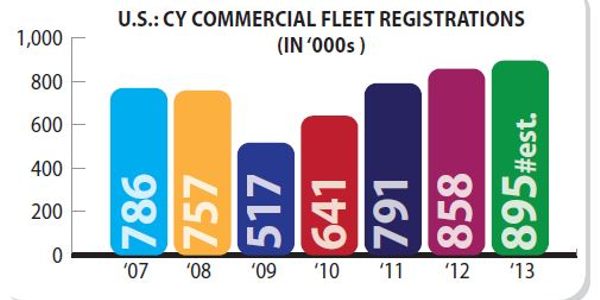