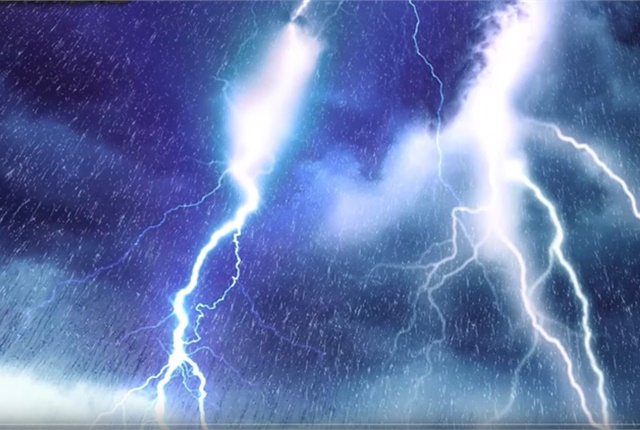 VIDEO: How to Drive in a Lightning Storm

While driving through a thunderstorm, the spectacle of nearby lightning strikes might tempt some drivers to exit their vehicle and try their hand at documentary-style videography using their cell phone. But keep this in mind: In 2016, 39 people in the U.S. lost their lives because of lightning strikes, according to the National Weather Service, and plenty more suffered injuries.

Fortunately, lightning fatalities fell sharply in 2017, totaling 16. But the fact remains that lightning poses serious injury risks and should never be taken lightly. Drivers who find themselves in the midst of lightning strikes should pull over to a safe place, turn on their hazard lights, close all the windows, and avoid touching metal. That means resisting the urge to hold a cellphone or touch the radio.

Safety experts recommend that vehicle occupants fold their hands in their lap while waiting for the storm to pass. Most vehicles are relatively safe during these weather events. During a lightning strike, most of the electrical current will probably flow from the vehicle’s metal cage into the ground below. The vehicle acts as a Faraday cage of sorts.

Serious damage, however, might occur if portions of the current flow through the vehicle’s electrical systems and metal parts such as the radio, cell phone charger, navigation system, door handles, food pedals, steering column and steering wheel, according to the Weather Channel.

To view a Ford video offering advice on what to do when lightning interrupts a road trip, you can click on the photo or link below the headline.