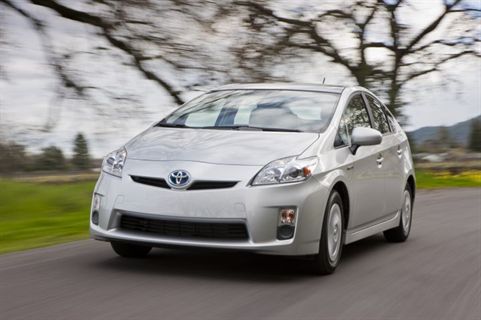 YOUNTVILLE, CA – Toyota Motor Company will begin production on the third generation 2010-MY Prius in late April, according to Bob Carter, group vice president and general manager, Toyota Division, Toyota Motors Sales USA, at a recent press preview in the City of Napa, Calif. The company estimates 180,000 units will be sold in 2009. One hundred-fifty of the plug-in units will be made available to universities and corporations later this year. 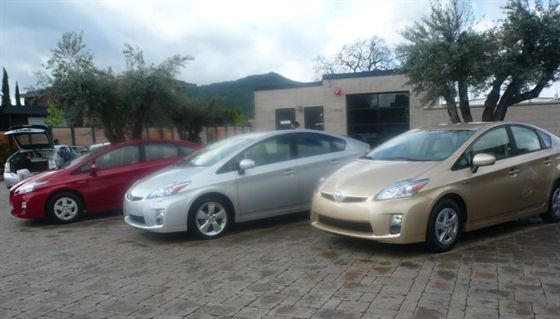 The 2010 model has an EPA-estimated 50 mpg rating, with 50 mpg city and 49 mpg highway while driving in standard mode. This does not reflect the possibility of even greater fuel efficiency when driving in Eco Mode, one of four modes available. The four modes include Eco Mode, EV Mode, Power Mode, in addition to the standard operating mode. A full hybrid system, the vehicle can run on power alone, Carter said.

Eco Mode helps "take the lead foot out of the lead foot driver," while the quietness enabled by EV Mode works well for neighborhood driving, and Power Mode "puts the sportiness back in the Prius" — particularly in instances such as driving on mountain roads and accelerating on the freeway, according to Chris Risdon, senior product education and development administrator, University of Toyota. 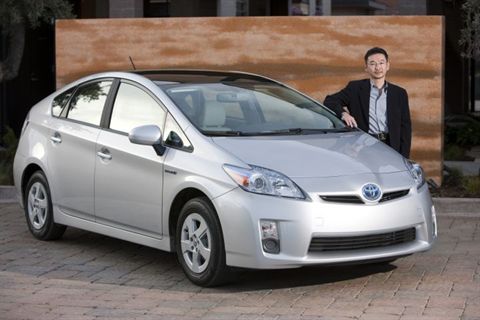 Chief Engineer Akihiko Otsuka managed to get 62.9 miles per gallon recently — with minimal effort on his part, he revealed to automotive journalists at the press preview of the new Prius last week. Otsuka attributed this fuel economy increase to the new beltless 1.8L Atkinson Cycle gas engine, electric water pump and exhaust gas recirculation system, and the entire vehicle design.

The shape of the new model has been updated, with the peak of the roof moved back to allow more headroom for backseat passengers. Inside, the vehicle also has more rear seat room, with rear seat knee space increased by 0.79 inches for better seating space. The vehicle is half an inch longer overall, said Risdon.

In terms of cargo capacity, Toyota has added more storage space under the floor and under the tonneau cover.

Other new features include an available solar roof, Lane Keep Assist safety technology, and Intelligent Parking Assist, which uses sensors on the front and bumper sides to control vehicle parking with minimal effort from the driver. 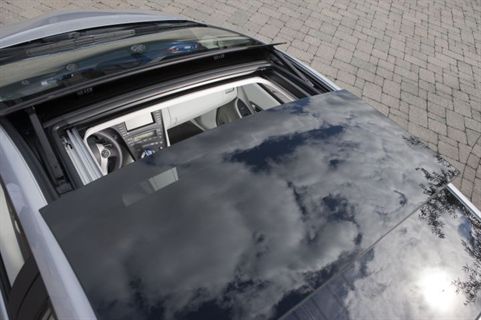 From start to finish, the development of the new, third generation 2010-MY Prius took four and a half years, said Otsuka.