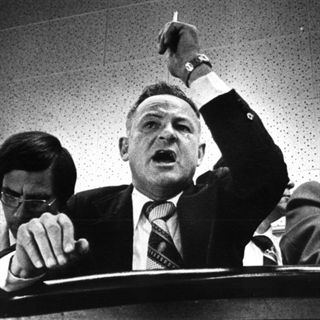 LIVINGSTON, MT – Robert W. McConkey, Sr., past president of the National Auto Auction Association, passed away May 23 at Livingston Memorial Hospital. He was 84.

McConkey was born December 31, 1924 to Clarence and Caroline (Woods) McConkey in Seattle, Wash. His parents passed away when he was young, so he was raised by his aunt Elsie and uncle Fred Woods on a cattle ranch near Kamloops, B.C. It was there that he learned to hunt, which became a lifelong passion. On December 7, 1941, when he was seventeen, McConkey enlisted with the United States Navy. He became a tail gunner, and later a pilot of a PBY2A flying boat, in the South Pacific.

With his sharp shooting abilities, he scored many military hits and received several air medals. After his discharge, he returned to find that his uncle Fred had to sell his ranch, so McConkey opened a small saw mill near Kamloops. Later he worked on the Grand Coolee Dam as a construction worker.

On June 24, 1953, he married Helen Hofmann in Moscow, Idaho. The couple moved to Seattle where they opened South Seattle Auto Auction in 1954, which he owned and operated for 31 years until its sale to GE Capital in 1985.

An auto auction industry pioneer, he served as president of the National Auto Auction Association in 1976-77. In 1997, McConkey moved to Livingston. Always determined and persistent, he worked as a sales representative for DAA Northwest, his son Bob, Jr.'s auto auction in Spokane, traveling the state of Montana and bringing a chuckle and a smile to all of his car dealer friends. He will be greatly missed by all who knew him.

The National Auto Auction Association extends its deepest sympathy to the McConkey family and friends.