"Audi engineers place unwavering emphasis on the protection of motorists and their passengers," said Johan de Nysschen, President, Audi of America. "These outstanding ratings for the Audi Q5 confirm our intent to meet the most rigorous safety standards found anywhere in the world."

To qualify for the IIHS Top Safety Pick award, a vehicle must earn the highest rating of "good" in the Institute's front, side, and rear tests and must be equipped with electronic stability control, which Audi installs as standard equipment on every model it produces.  The Q5 joins the A3, A4, A6 and Q7 as Audi models that have merited IIHS Top Safety Pick designation. 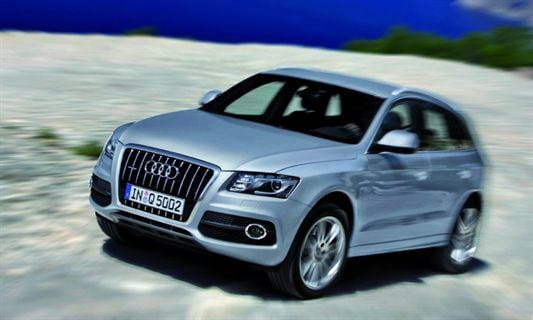 The Audi commitment to safety goes beyond crash test safety ratings to include a comprehensive list of active and passive safety features. Every Audi sold in the U.S. has standard four-wheel disc brakes with anti-lock braking system (ABS), an electronic stability program, daytime running lights (DRL) and a standard tire pressure monitoring system. The Audi Q5 also features quattro permanent all-wheel standard on all models, providing high levels of active safety and traction on virtually any surface. All of these features are designed to help reduce the chances of a collision.