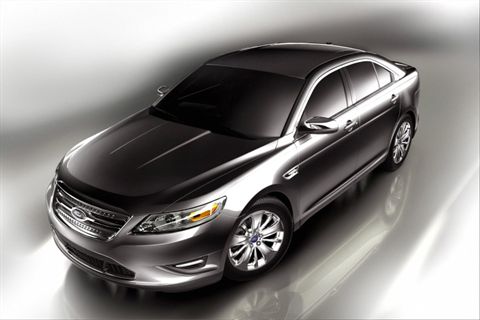 The editors at Kelley Blue Book's www.kbb.com have named the 2010 Ford Taurus as the 2010 Best Redesigned Vehicle. The award is the second consecutive win for Ford, whose F-150 was awarded the prize in 2009.

Editors praised the 2010 Ford Taurus sedan for its sculpted sheet metal, modern interior and long list of available technologies, standing in stark contrast not just to its predecessor, but its competitors, too.

"The 2010 Ford Taurus delivers an ideal balance of engaging performance and passenger comfort, as well as a feeling of quality that positively pervades the vehicle," said Jack Nerad, executive editorial director and executive market analyst for Kelley Blue Book's kbb.com. "With its impressive set of standard and available technologies, the Taurus adds convenience, connectivity, safety and value to the consumer."

Vehicles usually are redesigned every four to five years, although some brands wait longer to redesign their models. For more information about the 2010 Best Redesigned Vehicle and the top 10 finalists, visit www.kbb.com/best2010redesign.