WASHINGTON - Toyota Motor Corp. has suspended sales of the 2010 Lexus GX 460 after Consumer Reports warned car shoppers not to buy the sport utility vehicle because handling problems could cause them to roll over on sharp turns.

Government safety officials and Toyota engineers in Japan are testing the SUV to try to replicate the magazine's findings. According to the L.A. Times, about 6,000 2010 model-year GX 460s have been sold since they went on sale in late December, and an estimated 1,600 of the SUVs are at dealerships.

"We are taking the situation with the GX 460 very seriously and are determined to identify and correct the issue Consumer Reports identified. At this time we have asked our dealers to temporarily suspend sales of the 2010 GX 460."

Templin continued, "Lexus' extensive vehicle testing provides a good indication of how our vehicles perform and we are confident that the GX meets our high safety standards. Our engineering teams are vigorously testing the GX using Consumer Reports' specific parameters to identify how we can make the GX's performance even better." 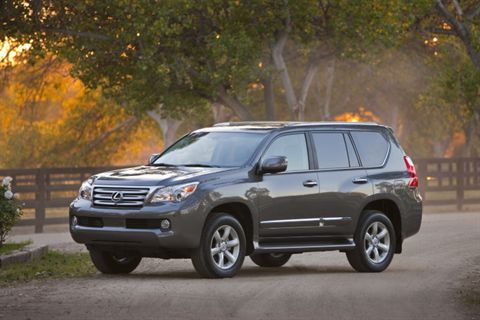 For any customer who has purchased a 2010 GX 460 and is concerned about driving their vehicle, Lexus will provide a loaner car until a remedy is available.