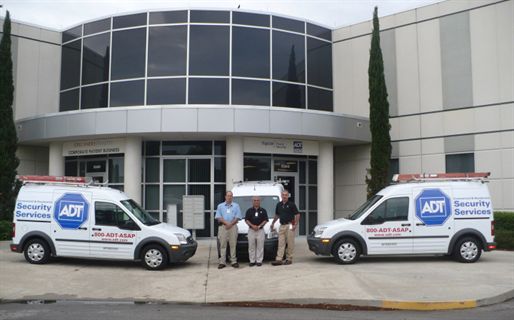 With plans to order a total of 3,000 Transit Connects, ADT, a Tyco International company, will replace nearly half of its North American fleet with Ford's new compact van.

The Transit Connects will be driven by thousands of ADT technicians who install and service security systems for millions of residential customers throughout North America.

ADT tested the Transit Connect in a pilot program with its technicians and found it to be the right vehicle for the job.

"The Transit Connect seems to work well for ADT residential and small business installers and service technicians - especially those in congested, urban areas," said David Wade, ADT Supply Chain and Fleet Group director. "It is much easier to maneuver and park than a larger commercial van, and it offers ample cargo-carrying capacity for supplying our residential and small business customers."

Jerry Augustine, an ADT small business installer in Arizona, was one of 35 technicians who took part in the five-week pilot program, designed to gauge drivers' opinions of the Transit Connect. He likes the ease of retrieving parts and equipment from inside the Transit Connect. "Everything is very accessible through the side and rear doors," he said.

Augustine says he was initially concerned about the size of the vehicle. "I was afraid it wouldn't hold all of the equipment I need to carry," he said. "But after using the Transit Connect for a while, I found that it was actually very convenient. Not only can I store as much equipment as I need, but it's a lot easier to access."

Participants in the pilot program completed a weekly online survey answering such questions as: Compared to your existing van, how is the comfort and feel of the Transit Connect? How does it handle? Do you have enough space to house your equipment? Do you like the way it looks?

Wade says the technicians initially were reluctant to switch vehicles: "But we found their perception about the Transit Connect changed dramatically over the five-week period," he said.

According to Wade, the large commercial vans - which represented 95 percent of ADT's total fleet - resulted in an annual fuel cost of $30 million. The Transit Connect offers significant fuel economy with a rating of 22 mpg in the city and 25 on the highway. Replacing 3,000 large vans with the Transit Connect would save ADT approximately $5.3 million per year.

Comfort and convenience also were important considerations, especially since ADT technicians spend an average of 2,000 miles per month on the road. A big benefit, says Wade, is the driver's side cargo door.

"Imagine being a field technician who goes to multiple jobs per day," he explained. "With the Transit Connect, he or she can literally open the driver's side door, take one step, open the side door, and have immediate access to tools and parts without having to go inside."

ADT Security Services helps provide protection to more than 5 million residential, commercial, and government customers in North America. Headquartered in Boca Raton, Fla., ADT has more than 240 locations in the U.S. and Canada.