IRVINE, CA - British manufacturer Jaguar will begin selling the new XJ in the US this month, according to www.autoevolution.com, and, as a means to celebrate the moment, the car was introduced at the Sunset Marquis Hotel in Hollywood, together with the marketing campaign designed for the new model, "City Takeover."

"The 2011 Jaguar XJ is truly our most highly anticipated launch to date and not only encompasses the new design aesthetic of the brand but exemplifies the overall future direction of Jaguar," Stuart Schorr, Jaguar NA vice president of communications said in a statement.

"With the launch of the XJ, comes an opportunity for this traditional brand to re-introduce itself to a changing luxury market that desires expressiveness and character in their products. With City Takeover, we are going to make sure luxury consumers know the new Jaguar has arrived. We are out to tell a whole new story about the Jaguar point of view, in a way that will be hard to miss."

The City Takeover campaign already began in April in Los Angeles and the New York Tristate area with outdoor advertising. Now, Jaguar will launch sequential communications blitzes in the aforementioned areas and Miami, with more than 50 events promoting the XJ. 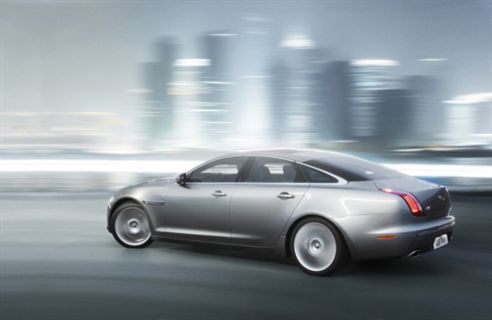 The new XJ provides enough room for five passengers and 125 mm of rear legroom. A panoramic roof is standard on all models, with other features including infotainment systems such as the Virtual Instrument dials and optional 1200w Bowers & Wilkins premium surround sound system.

Read more about Jaguar 2011-MY