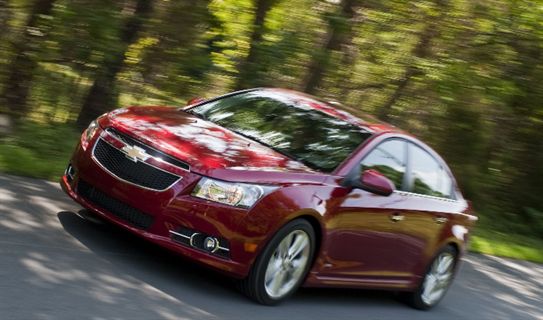 The Cruze LS also offers more additional equipment than the 2010 Chevrolet Cobalt VL, which it replaces in the manufacturer's lineup, and has a starting price of $16,995 including destination.

The Cruze Eco model, which goes on sale later this year, will be the most efficient model of the lineup, according to the automaker. Eco models will feature the 1.4L turbo and a standard six-speed manual transmission. Combined with enhanced aerodynamics, weight optimization, and reduced rolling resistance, the Cruze Eco is expected to deliver a class-leading 40 miles per gallon on the highway.