TORRANCE, CA - On Sept. 9, industry executives and government officials gathered to celebrate Landi Renzo S.p.A.'s acquisition of Baytech Corp. The event coincided with Landi Renzo's launch of a compressed natural gas (CNG) system that will be available on Ford E-Series vans in the first quarter of 2011.

The event was held at Baytech's Torrance offices, now Landi Renzo USA's headquarters. It kicked off with a ribbon-cutting ceremony featuring Frank Scotto, mayor of the City of Torrance, Nicola Faganello, the consul general of Italy, and Andrea Landi, president of Landi Renzo USA and grandson of the company's founder, among others. Visitors also were invited to take part in educational workshops, product demonstrations and vehicle test drives.

The stated goal of the acquisition was to merge Baytech's engineering expertise with Landi Renzo's position as a global leader in fuel systems powered by CNG and propane, more commonly referred to in the automotive industry as liquefied petroleum gas or LPG.

Landi Renzo USA Corporation also announced the development of a 50- state, CARB-certified dedicated CNG system that will be available on the 2011/12 gaseous prep 5.4L Ford E-Series Cargo and Passenger Van in the first quarter of 2011. This offering will match the engineering requirements of Ford Motor Company, along with Landi Renzo's global experience in system design and installation.

"Our intention is to change the marketplace by offering a superior system that follows Ford Motor Co.'s best practices in engineering and calibration while at the same time reducing installation price to final customers," Landi said. "Our goal is to open the market." 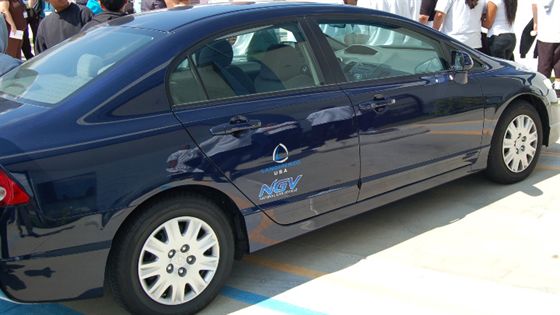