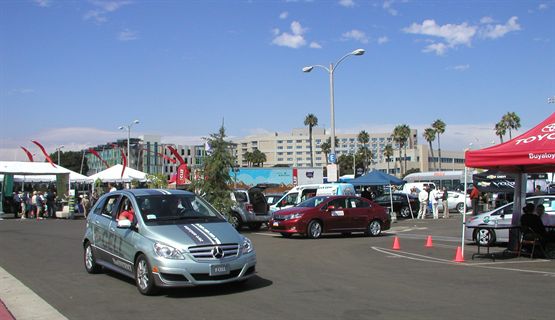 MONTVALE, NJ - Mercedes-Benz USA (MBUSA) confirmed that Daimler AG has started taking orders for its new Mercedes-Benz hydrogen fuel-cell car that will be leased to customers in California.

The leases, ranging from $600-$800 monthly including fuel, are being limited to drivers in Los Angeles and the San Francisco area because of the restricted availability of hydrogen fuel, according to MBUSA. Six hydrogen fueling stations are open to the public in the Los Angeles area this year.

Mercedes expects the hydrogen fuel-cell vehicle to have a driving range of 240 miles.

Company officials said lessors will receive the vehicles beginning in mid-December, with five to 15 in the initial delivery and more expected next year. The company has said it planned to lease 200 of the B-Class F-Cell, a four-door hatchback, in the U.S. and Europe in 2010.