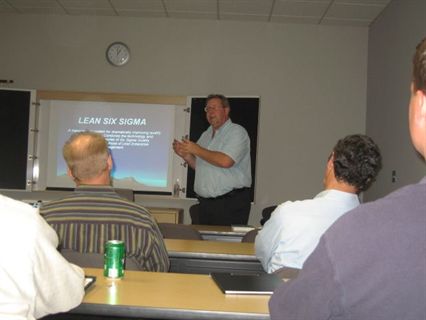 The meeting began with lunch, and transitioned into a NAFA chapter business discussion, led by Chapter Chair, Chris Burgeson, CAFM, fleet manager for the City of Napa.

The results of the Chapter name change survey were revealed, with 90.2 percent in favor of changing the Chapter name. Three names garnered the majority of votes, but the one that prevailed was "NorCal-North Nevada". The name is pending approval from the NAFA Board of Trustees.

The Chapter also discussed plans to strengthen ties with the local Clean Cities Coalitions within its chapter boundaries.

Mitchell dipped into his 20 years of experience and study, including time spent in the Toyota Production System at the joint GM/Toyota NUMMI plant. He pointed out how the term "quality" can have different meanings to different users, and explained the cost of poor quality. Mitchell described the D-M-A-I-C concept of Define - Measure - Analyze - Improve - Control, and how to apply that to gain organizational and manufacturing efficiencies. 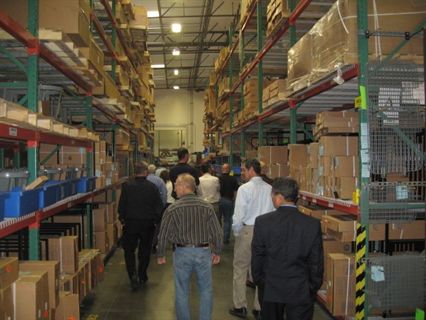 The meeting concluded with a plant tour. The group was taken through Carter's warehouse, and several different fabrication and assembly areas. The tour wrapped up with a trip through the showroom. Attendees repeatedly commented on the cleanliness of the plant.

The next NAFA San Francisco Chapter meeting is the annual holiday charitable event and luncheon, scheduled for Dec. 9 in Walnut Creek. Additional information is available at www.nafasf.com. 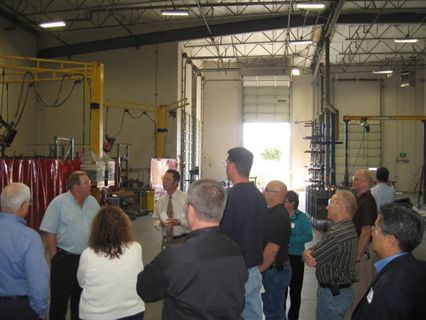