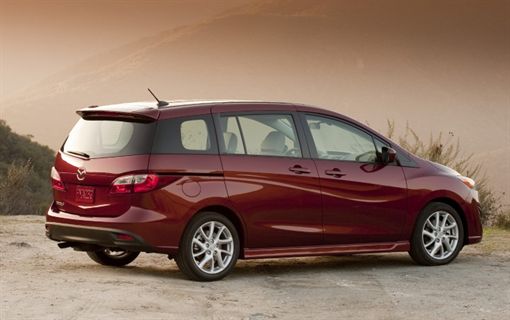 IRVINE, CA - Mazda North American Operations will debut the all-new version of its Mazda5 at the 2010 Los Angeles Auto Show, as well as its SHINARI design concept, the first vehicle to feature Mazda's new global design language, KODO, or "Soul of Motion."

The 2012 Mazda5 is now powered by a 157-hp 2.5L MZR I4 engine, and can be paired with either a manual or automatic transmission. Outstanding fuel economy and unexpected drivability are carried over from the previous model, as is the vehicle's unique, multi-configurable seating for six, according to Mazda.

The SHINARI is a pure design concept model of a four-door, four-seater sports coupe. The Japanese word "shinari" describes the powerful yet supple appearance of great resilient force when objects of high tensile strength, such as steel or bamboo, are twisted or bent. It also refers to the appearance of a person or animal as it flexibly transforms its body to generate a fast movement.

Both vehicles will debut to the world's media at a press conference, scheduled for the afternoon of Nov. 17.

In addition to the Mazda5 and SHINARI, Mazda will showcase the entire lineup of 2011 vehicles, including a selection of customized models.