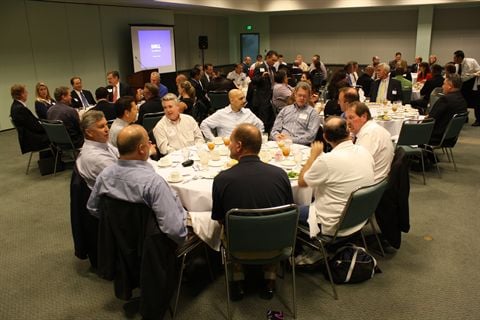 LOS ANGELES - Approximately 60 fleet professionals gathered Nov. 22 for the NAFA Pacific Southwest Chapter annual meeting at the Los Angeles Auto Show, one of the most well-attended chapter meetings of the year, according to organizers.

After the presentations, Chapter Chair Tim Pfrimmer thanked all the OEM representatives, as well as Vice Chair Rick Sikes and Treasurer Leonie Von Halle, who helped organize the event. This will likely be the last Auto Show meeting held onsite, said Pfrimmer.

The next chapter meeting is tentatively scheduled for late January or early February 2011.