TORRANCE, CA -- Introducing "Darkcasting." It's part test drive, part late night talk show, part real time feedback. Whatever it is, it's no 30-second spot for the new Lexus CT 200h, but an actual series hosted by actress and stand-up comedian Whitney Cummings that captures the (nearly) unfiltered conversations of influential personalities who take the new Lexus hybrid for a spin in their home cities--San Francisco, New York, Chicago, Miami, Los Angeles, and New Orleans. The net result is a series of conversational vignettes--the kind that happen when influencers drive through storied neighborhoods and compare reference points and shared nostalgia. "Which neighborhood do you call home? How would you say the City's energy has shaped you?"

"With Darkcasting, we're providing a mobile studio from which an entertaining talk show takes place against a moving cityscape. It helps us see the car through the lens of creative people from a variety of professional fields," says Dave Nordstrom, Lexus vice president of marketing.

"The show features a group of real drivers, not just driving enthusiasts, who give their honest impressions of the car and what is most relevant for them--maybe it's the 42 miles per gallon or maybe it's simply fun to drive."

Lexus anticipates that the talk show will, quite literally, jump start the conversation within the varied social networks of the influencers/drivers because of the context they provide. For example turntable master DJ Qbert and soul singing Goapale drive the CT across the Bay Bridge and discuss Oakland's music scene; Model and it-girl Harley Viera-Newton cruises past her favorite boutiques in the Lower East Side of Manhattan. These, and other drivers will showcase the car's relevance to potential customers, urban progressive consumers for whom the car was conceived.

"Darkcasting" is another program in the brand's multi-phased introduction of the CT, the newest gateway product to Lexus, through the creation of branded content. "Darkcasting" follows last summer's original short film "Dark Ride," which first teased consumers to engage with the CT while sitting shotgun in a thrilling, interactive online chase. 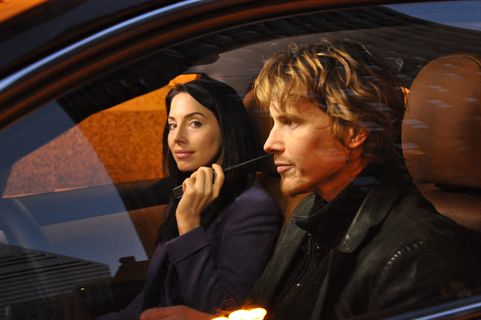 "If phase one of our campaign was 'engage,' phase two is about engrossing customers in conversation," says Nordstrom. "What we want to convey is that the CT is like no other luxury hybrid on the market. We're playing with ways to introduce the car--challenging content formats and marketing platforms. It's fun for us as a brand because there is nothing else like it in our portfolio."

"Darkcasting," an episodic series shot in six cities, rolled out its first episode November 4th. The city "cast ensembles" include social media influencers, young entrepreneurs and movers and shakers from technology, fashion, media and entertainment. Drivers were sourced by the brand for their varied and topical career choices or influencer reach, along with their interest in taking a test drive.

Episodes can be found on the CT 200h's official "Darker Side of Green" portal and feature a bevy of car content, like a personalization studio that allows users to build out their own car and related campaign color like behind-the-scenes footage of the city drives and interviews that bring the viewer into the worlds of its driver personalities--what did they think of the driving experience? What did they Tweet? Taking a page from film and television marketers, Lexus prompts consumers to "tune in" to "Darkcasting" episodes through robust entertainment and lifestyle media and marketing channels.

Getting customers engrossed in the conversation also means opening up active dialogue. The brand currently engages with its audience via Twitter (@Lexus) and Facebook (Facebook.com/lexus). The newly-relaunched www.DarkerSideofGreen.com  site is managed by a dedicated editorial team and features a real time stream of Tweets, comments and social media integration (including Twitter, Facebook, and the location-based Foursquare, Gowalla and Facebook Places).