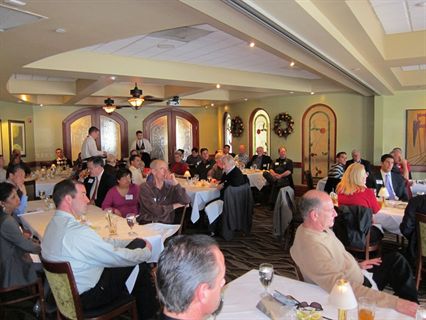 WALNUT CREEK, CA - During its annual holiday luncheon Dec. 9 in Walnut Creek, Calif., the NAFA NorCal-Northern Nevada Chapter's unofficial meeting theme proved to be "giving back," with recognition given to a local care facility and the creation of a memorial scholarship to honor a beloved vendor who passed away earlier this year.

The event recognized the Bay Area Crisis Nursery for its contributions to the community. The nursery operates 24 hours a day/7 days per week/365 days per year, providing short-term residential care for young children of families in a time of personal crisis. Members demonstrated their generosity by bringing a tableful of gifts for the nursery. 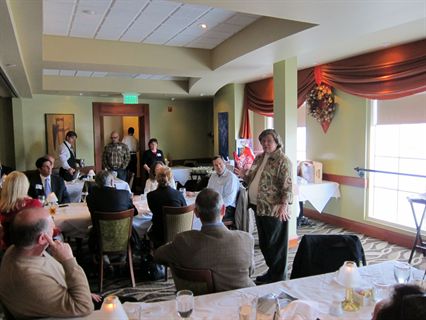 The chapter also announced the creation of the Bob Ojala Memorial Scholarship, named in honor of Bob Ojala, a sales manager for California Diesel and Power, who died unexpectedly in May. The 49-year old was a popular vendor with chapter members, and a big supporter of the chapter, particularly the annual golf event. Ojala was also a huge supporter of youth sports in the Napa area, who touched many lives and left behind a legacy of giving and caring. 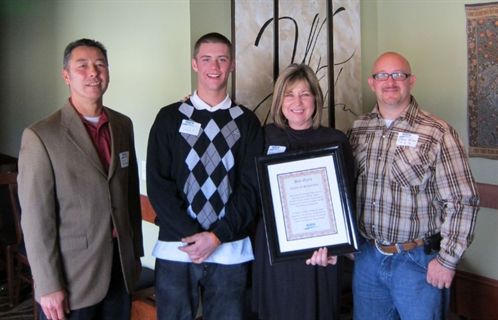 In additional chapter business, Chapter Chair Chris Burgeson unveiled a full-slate of meeting topics and hosts for the coming year. The board will be finalizing dates in the coming weeks. Burgeson also announced an upcoming clean air vehicle event, the result of a collaborative effort between the NAFA chapter and the East Bay Clean Cities Coalition. They are targeting the week of February 14th. More details will follow as the program is firmed-up.