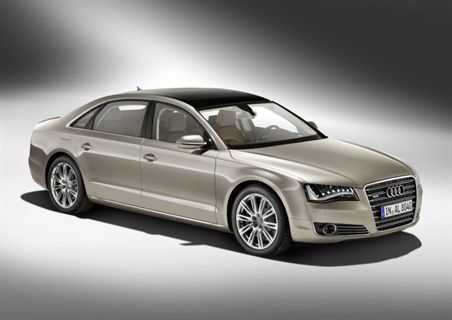 INGOLSTADT, GERMANY – Audi has announced that it deployed a total of 86 Audi A8L models, together with 12 armored high-security vehicles, at the World Economic Forum in Davos, Switzerland, as the company is the exclusive shuttle partner for the event, which runs Jan. 26-31.

The automaker also showed its vehicles and technologies in the Audi Pavilion at Davos, which featured the Audi Driving Experience. This experience offered World Economic Forum attendees the opportunity to put their driving skills to the test on snow and ice, and improve their abilities at the wheel, Audi stated. The company provided 15 Audi A8 4.2 TDI cars for the driver training courses as well. In addition, the company showed its A1 e-tron and its electric sports car study (shown at the Detroit Auto Show).

Read more about Audi Audi A8