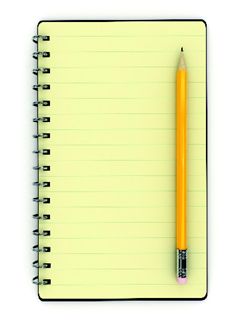 Click here for a pdf of the print version that appeared in the July/August issue of Fleet Financials.

As evidence mounts of the inherent dangers of cell phone use and texting while driving, and legislators across the country enact prohibitions against these distracting behaviors, companies are increasingly addressing the hazard in policy documents. According to a 2009 National Safety Council (NSC) member survey, 58 percent of respondents said their organization had a cell phone policy of some kind.

Currently, eight states and the District of Columbia prohibit driving while talking on a hand-held cell phone. Text messaging is banned for all drivers in 28 states and the District of Columbia. A list of state prohibitions and limitations is available at the Insurance Institute for Highway Safety (IIHS) Web site, www.iihs.org/laws/cellphonelaws.aspx.

As with all fleet policy documents, company expectations governing cell phone use, texting, and other distracted driver behaviors should be clearly defined, with consequences explicitly stated.

Common to such policies are the following elements:

• Define Use. Determine if the policy will prohibit all cell phone use or allow hands-free devices. If hands-free use is allowed, include a statement strongly encouraging drivers to pull to the side or off the road when receiving or making calls.

• Prohibit Texting. This driving behavior combines the three forms of hazardous distraction:
• Visual - driver's eyes off the road.
• Manual - driver's hands off the wheel.
• Cognitive - driver's mind off the driving task.
Companies recognized as leaders in driver safety and risk management ban all texting while behind wheel on company business in a company or personal car.

• Determine Exceptions. Most company policies and legislation allow exceptions to cell phone use while driving during emergency situations or when personal safety and security are at risk.

• Identify Other Electronics Use Limitations. List specific electronic devices drivers may not use while operating their vehicles on company business, such as laptop computers, PDAs, navigation devices, and MP3 and video players.

• Outline Consequences. Determine and clearly state consequences of policy noncompliance. Common penalties include:
• Points added to the employee's company driving record, particularly if a citation is issued.
• No reimbursement if a citation is issued.
• Disciplinary action such as formal write-ups, verbal warnings, temporary job suspension, and termination.
• A crash occurring while driver is using a cell phone or texting is considered preventable and the driver is held at fault.

• Establish Enforcement. Most companies and fleet safety experts agree cell phone and texting policy enforcement is difficult. Some companies rely on the honor system or conduct parking lot observations. According the NSC, 40 percent use driver records and traffic citations and almost 10 percent conduct in vehicle monitoring.

However, new in-vehicle devices are becoming available on the market that disable cell phones while the vehicle is in motion.