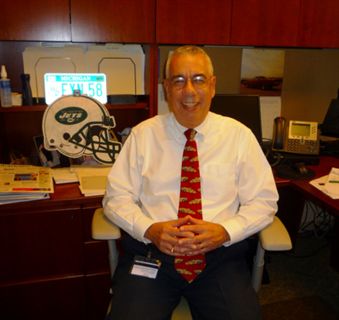 NEW YORK - After 22 years with Pfizer and legacy companies and more than 40 years in the fleet industry, Stephen Levine, director U.S. Fleet, is retiring.

Levine started his career in the rental car business, moved to a leasing company, then managed the national WarnerAmex Cable TV truck fleet before joining Pfizer/Upjohn. At Upjohn, he was also the small business liaison officer for minority and small business procurement, helped oversee the American Express Purchasing Card program, and trained to be a covey instructor for The Seven Habits of Highly Effective People.  He and his team have led a fleet at one time more than 13,000 vehicles successfully through the integration of two mergers.

His accomplishments include transitioning Pfizer to a common vendor and single database; implementing automated Driver Tax Compliance to minimize driver and central administration; automating the vehicle ordering process to include award vehicles; doubling minority procurement at The Upjohn Company; representing the fleet industry in testimony before a Congressional Committee regarding clean air; and helping implement a driver safety program at Upjohn and Pfizer.

Levine was also awarded Automotive Fleet's Professional Fleet Manager of the Year May 2, 1999. In the June 1999 issue of AF, he credited his success in the fleet industry to his mentor, Dan Poryles. "Dan provided me with a Ph.D. in leasing when we worked together at Guardsman Lease Plan," he said in the article.

Levine also offered his advice for fleet success. "To survive and succeed in today's fleet industry, you have to be willing to ask for help from industry peers and organizations," he said.

"Through the span of 40 years, Stephen has been the beacon of hope for customers - always exhibiting professionalism while nurturing personal relationships built on integrity and warmth. Quite simply, Stephen lives to provide," said Fred Turco, sr. director/TL, Pfizer Fleet. "He is an indelible figure in my life and, for me and many, a friend and mentor."

Read more about Retirement Pfizer Fleet Manager of the Year