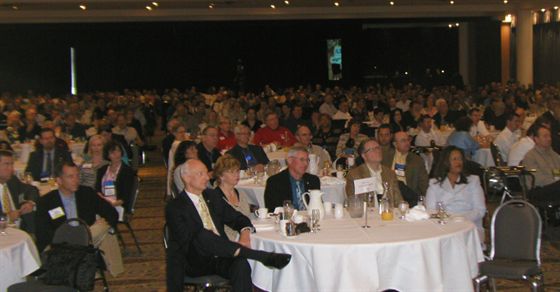 With keynote speeches from General Motors' Bob Lutz, Ford's Mark Fields, and Chrysler's Peter Grady, the Detroit Three presented overviews of their current business status and product lineups, with each of the OEM representatives praising fleet customers for their dedication during these difficult economic times. 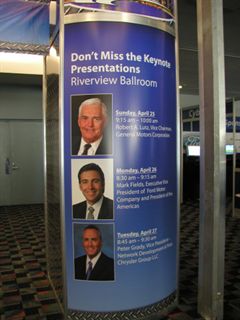 Scheduled to retire from GM May 1, on April 25 Lutz told the crowd of NAFA attendees - likely the final large group he will address as a GM employee - that GM is "very well on the road to recovery." In narrowing down its focus to four brands, Lutz said the company has been able to focus more sharply on those brands, "proving [wrong] the naysayers who said that eliminating half our brands would cost us all kinds of market share." Lutz received a NAFA Lifetime Honorary Membership after his presentation.

Fields, executive vice president of Ford Motor Company and president of The Americas, informed the audience of Ford's "commit[ment] to making a major impact on greening America's fleets," emphasizing the automaker's fuel-efficient powertrain and sustainable technology offerings. Fields said Ford expects the commercial fleet business to pick up this year.

Each day of the conference featured a number of educational sessions for both corporate and public sector fleet managers, ranging from "Technology and Time: How to Turn Tyranny into a Blessing" and "Choosing the Right Remarketing Channel" to "Funding Strategies" and "Getting Executive Buy-In." 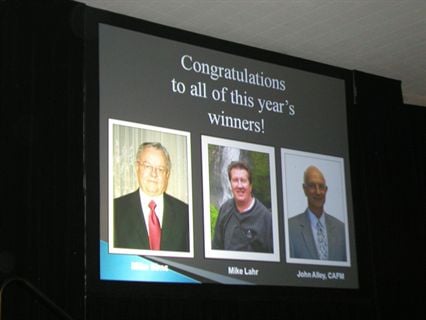 Attendees were also introduced to "the future" of the fleet industry, with a group of Ferris State University's (FSU) automotive students lined up on stage, along with Christy Coyte, 2009 Professional Fleet Manager of the Year, who donated her AFLA/Wheels'-sponsored $5,000 check to the university. The FSU students (shown below) are part of a mentoring program, with individual students sponsored by companies such as ROUSH. 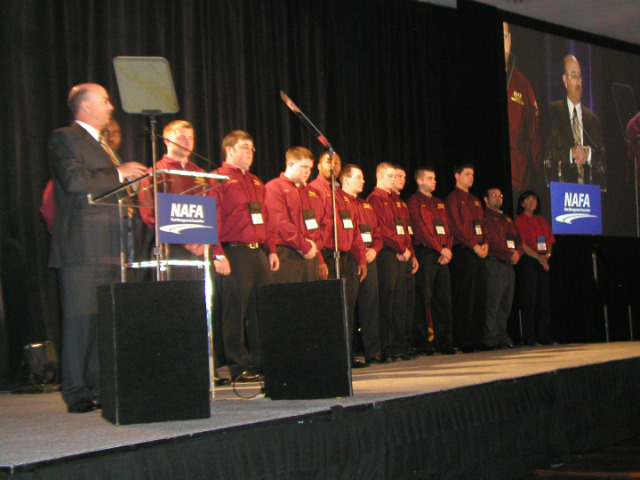 The exhibit hall was open April 24-26, with new booths offering entertainment for attendees, such as a popcorn stand, driving simulator, caricature artists, and a photo booth. Ride-and-drives were available to fleet managers on April 26.

At the final lunch following the last conference sessions, attendees were seated at tables according to regions, with each table cheering on their chapter heads in a "rally" to show their spirit.

Photos from the event will be featured in the upcoming June issue of Automotive Fleet.

Click here for additional coverage on the 2010 NAFA I&E.