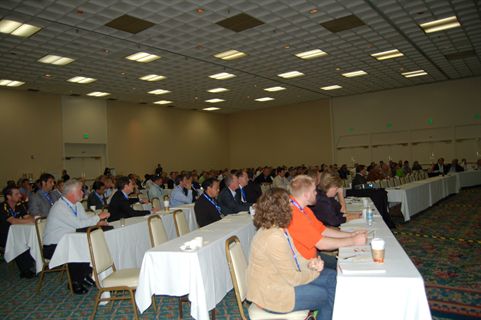 SAN DIEGO - Four hundred and fifty fleet professionals from both the corporate and government sectors gathered Oct. 18-19 for the 2010 Green Fleet Conference in San Diego to discuss green initiatives and technologies for fleets.

Attendees gathered for information-packed conference sessions, many of which were standing-room only. General sessions and keynote presentations addressed the concerns of the entire industry, while concurrent sessions led by industry leaders targeted the separate needs of corporate and government fleets.

Catherine Tillman, director of Global Fleet & Travel for Abbott, gave the opening keynote address on Oct. 18, discussing the initiatives Abbott is undertaking to meet its environmental impact reduction goals. As of 2009, Tillman said the company operates more than 20,000 vehicles, with more than 7,000 of these units in the U.S. fleet. Abbott is ranked No. 48 on Automotive Fleet's 2010 Top 300 Commercial Fleets listing. 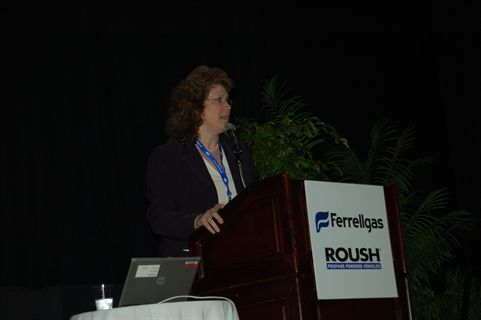 Since 2006, Abbott has been able to increase the fleet's fuel economy by 8 percent, said Tillman. Efforts to increase fuel efficiency included limiting SUVs to snowbelt states, adding hybrids to vehicle selectors, and stressing the importance of driver behavior to all employees at the company. Tillman also presented a "green driving" video that is available for Abbott employees. For 2011, she noted minivans will be limited to business use only and medical exceptions, which should help to further cut down on vehicle use and fuel consumption. 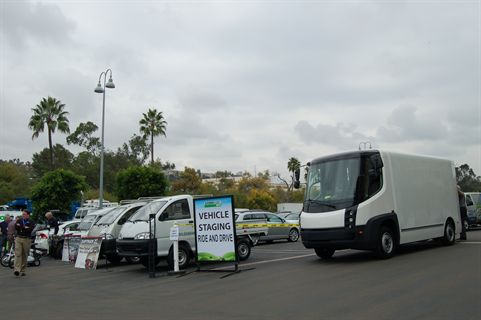 During lunch, vehicle manufacturers were on-site with about 33 vehicles for a ride-and-drive event, allowing attendees to test drive cars, trucks, and vans with the newest green technologies. Monday's sessions concluded at 4 p.m., followed by a networking reception in the exhibit hall, where Todd Mouw from ROUSH made a surprise announcement that ThyssenKrupp Elevator is adding propane vans to its fleet. 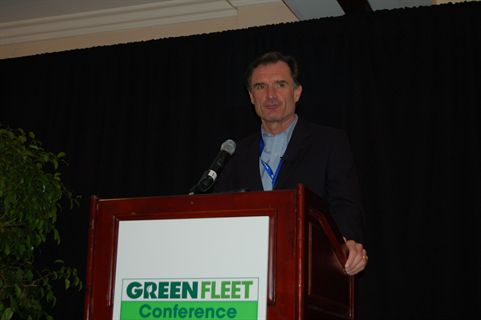 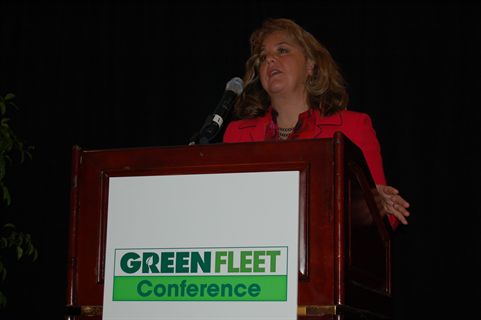 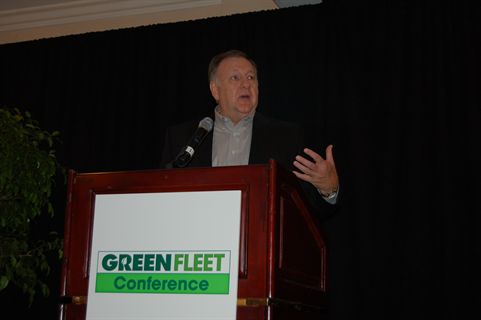 Chris Pick, electrification business strategy manager from Ford Motor Co., presented vehicle electrification technology and industry approaches, followed by a session on "Innovative Solutions on How to Save Money" that showcased several of the conference exhibitors, giving an overall view of environmentally conscious technologies and solutions for the fleet industry. 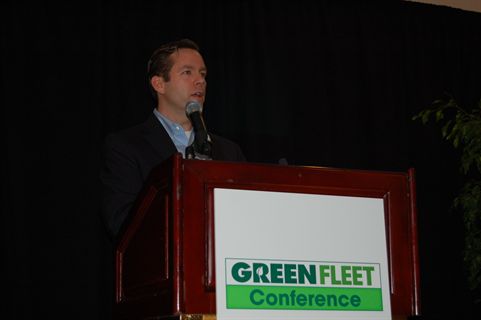 After lunch, San Diego Mayor Jerry Sanders was on site to deliver a keynote speech, speaking about the City of San Diego's environmental goals and achievements. Mayor Sanders helped hand out certificates to fleet managers awarded with Environmental Leadership Awards for excellence in environmental initiatives. A total of 32 fleet professionals were recognized. 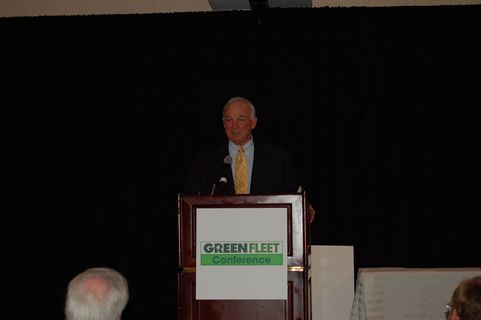 Closing out the day in concurrent sessions were NGVAmerica and Best Ideas/Practices from the Government Green Fleet Award competition. A post-show mixer allowed attendees to network with fleet managers and industry suppliers. 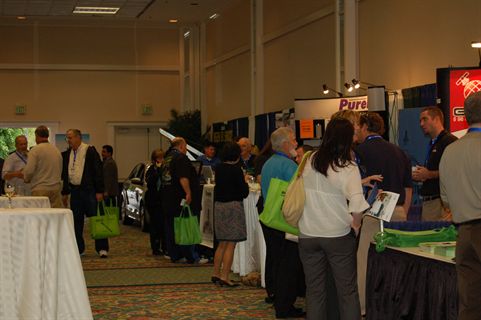 A photo gallery of conference highlights and additional coverage of the 2010 Green Fleet Conference will be available soon.