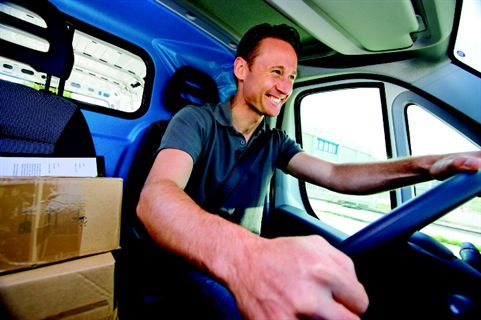 Click here for a pdf of the print version that appeared in the July/August issue of Fleet Financials.

Although cost reduction has always been a part of successful fleet management, it isn't a pleasant task. Smaller vehicles, smaller engines, more controls on driver behavior, personal use charge increases - there are few actions a fleet manager can take to cut costs that drivers find pleasant.

But driver morale, their enthusiasm and focus in doing the job, shouldn't be ignored when fleet cost-cutting is on the table. It's easy to brush it off as "it's their job," however, as a practical matter, the morale of employees behind the wheel of a company vehicle is no less important than of those behind a desk in the office. Cutting costs without hurting driver morale can be accomplished with good communication, careful analysis of the options, and driver involvement.

Where the Money Is

There are a number of common targets for fleet cost control: vehicle selection (downsizing), powertrain specifications, safety training, alternative-fuel vehicles, personal use - the list is long.

Most fleet managers, however, are aware the vast majority of fleet costs, and thus the most fertile targets for cost savings, are contained in two cost categories: depreciation and fuel. Though certainly savings can be had in other categories, the initial focus for savings efforts is usually one or both of these two categories.

Achieving cost savings here, as in all categories, will often depend upon the overall status of the fleet operation. In some cases, much excess cost has already been wrung out of the fleet via efforts going back years. In others, the fleet hasn't had the focus, perhaps no full-time fleet manager, and quick and substantial dollars are available. In either case, actions taken can have a profound effect on drivers who must bear the brunt of any changes.

Depreciation expense is the largest fixed-expense category fleet managers must deal with. Put simply, the difference between the original cost and resale proceeds (not the amortization dollars built into a typical open-end, TRAC lease) eat up some 70-75 percent of fixed costs.

There is only so much a fleet manager can do to reduce capitalized cost, as there are only so many dollars available. Negotiating with a lessor or a purchasing dealer can provide some quick dollar savings; however, it is not uncommon for a fleet manager to simply downsize, or at least cut back on company-provided equipment.

Both actions can help reduce the ultimate depreciation cost, but consequences must be tracked carefully over a long period:

■  Make certain the first rule of vehicle selection - the vehicle can do the job - is not compromised. For example, mere downsizing of a powertrain (from a six- to a four-cylinder engine, for example) may save money on paper, but asking a smaller engine to pull a load equal to a larger engine's capacity can result in little or no increase in fuel efficiency.
■  Cutting back on company-provided equipment can decrease capitalized cost as well as reduce resale value.

These are just two factors that come into play when fleet managers consider downsizing or equipment reductions, both of which can play havoc with driver morale. Drivers used to a mid-size, four-door sedan will not react kindly to being pushed into a smaller vehicle.

It is usually easier, and more effective, for a fleet manager to attack depreciation cost by acting to increase resale proceeds. "Creating" a better used vehicle for the marketplace is a primary goal for any fleet manager and is one with little negative effect on driver morale. Indeed, it can actually boost driver morale and create interest in the program.

Actions taken to boost resale value during the service life of the vehicle will provide drivers cleaner, better maintained, and safer vehicles, hardly grist for driver complaints. These actions include:

■  A formal, strictly enforced preventive maintenance program. As long as drivers are given tools to maintain company vehicles without major disruption to their working day, complaints should be few and far between.
■  Car washes. Encouraging drivers to run vehicles through a car wash once a week will help prevent deterioration or damage to the finish.
■  Condition reports have been a key element in any fleet policy for decades. Though they may take time and effort on the part of drivers and managers, condition reports bring to a fleet manager items that need to be addressed, such as dents, scratches, carpet stains, and glass damage. Repairing a parking lot dent or replacing a windshield is usually supported by drivers, as well as their managers.
■  One of the best ways to help increase resale proceeds, while helping driver morale is a formal employee purchase program. Combined with the previously described actions, drivers will know they can purchase a well-maintained, late-model vehicle at a price they wouldn't be able to obtain otherwise.

Although attacking depreciation cost must necessarily involve both original cost and resale value, actions taken to boost resale will have greater effect with little negative impact on driver morale. Indeed, the impact should be positive, as such actions will result in better-conditioned, smoother-running, safer vehicles, and the opportunity to purchase them when they are replaced.

Accounting for as much as 70 percent on the variable cost side, fuel expense reigns supreme. Fuel costs will, of course, rise and fall with pump prices.

Attacking fuel expense can be tricky; many actions available to the fleet manager can drag heavily on morale in the field. But with proper communication and some creativity, it can be done.

The first place to look is fleet policy; what are the restrictions on personal use and under what circumstances will the company pay for fuel used by the driver?

Most company car programs permit some level of personal use, for which the driver pays a monthly charge. Fleets of light trucks differ in that service, job site, and delivery vehicles don't always lend themselves to personal driving. These units are sometimes used in pools, with vehicles assigned daily or weekly depending on tasks at hand.

If the policy does not permit personal use, the first thing a fleet manager can do is to remind drivers of the prohibition, professionally, but firmly, and that the company will not pay for fuel used other than during working hours.

If a fleet fuel card program is used, controls may be available to prohibit attempts to purchase fuel on weekends or beyond working hours. If these controls aren't available, a fleet manager can usually track purchases via exception reporting, looking for purchases made outside of policy, even for "Friday/Monday" fill ups, where drivers fill the vehicle on Friday and again on Monday (with the fuel, obviously, used during the weekend).

Other things to look for include:
■  Non-fuel purchases.
■  Purchases beyond the tank
capacity of the vehicle.
■  Premium fuel.
■  Full-service fueling.

Will this type of scrutiny affect driver morale? It shouldn't; if the drivers know the policy and know such purchases are violations, they will understand the personal use policy will be enforced, just like any other corporate policy.

As with depreciation, downsizing is another way fleet managers can reduce fleet fuel expense - and the option which can have the greatest negative impact on driver morale. If a driver is used to a mid-size sedan, putting him or her into a compact won't be looked upon kindly. However, if handled properly, such impact can be minimized and savings achieved.

No fleet manager will simply put smaller vehicles in the field without carefully researching the options and making certain the vehicles are capable of fulfilling the mission. Trunk space, powertrain, and passenger space (for cars) must be appropriate to the job. If they are, impact will be minimized. For trucks, load-carrying capacity, power, and proper upfitting must be considered prior to downsizing.

That said, moving to smaller vehicles, more fuel-efficient powertrains, or both can be effective, and driver morale doesn't have to suffer.

The first step is one that should be taken before any large-scale cost-reduction program is introduced. A sense of shared purpose, of, "We're all in this together," during tough economic times can go a long way.

Including drivers in the process, asking for cost-saving ideas, or feedback on downsizing options before they're chosen, for example, will prevent the kind of "muttering" and low morale that hurts performance. Further, the simple fact that far more severe alternatives, such as force reduction, can be avoided if costs can be reduced will tend to focus the minds of drivers on cooperation.

The key to keeping drivers focused and content in a cost-cutting environment begins with communication.

■  Include drivers in decision
making; don't change the
selector without their input.
■  Ask drivers for cost-saving ideas.
■  Create an atmosphere of team
work and shared purpose.
■  Emphasize the company is
looking to cut costs without
reducing headcount.

No one likes change forced on them without their input. Focusing on the two largest expenses, depreciation and fuel, will offer the best results with the least effort. However, the consequence of hurting driver morale while doing so is real and should never be ignored.